India has Produced Bigger Financial Scams than US

There is smugness in Indian air about what is happening in US. There shouldn’t be.

Adjusted to the size of its economy and per capita income, India has perhaps produced bigger scams than any other country in the free world. Worse, unlike in America, almost no one has been punished in India for their crimes.

If only we had justice system like US, scores of chiefs of public sector and co-operative banks, NBFC's, plantation companies, rogue financial institutions would have been sent to the jail or, like China, would have been executed.

Unit Trust of India was proved to be one of the most scandalous institution in the world. Its bailout damaged finances of federal government. 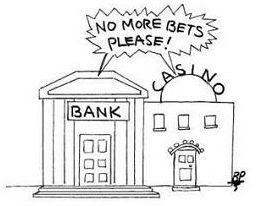 source: The Spectator
Posted by Aniruddha G. Kulkarni at 9:00 AM No comments: Links to this post