Today, we don't make movies about women that are even worth fighting about. Whenever I'm dispirited by the crassly sexist ethos that governs Hollywood (as well as television, politics, and the corporate world) today, I think of "Thelma and Louise" and remember a time, not so long ago, when women were allowed to be human, if only in the movies.

1> My mother (1937-2006) a person with a very liberal outlook in most social matters was really pleased, even proud, when my sister, my brother and I all had a male child as first born.

2> My wife pointed out to me long time ago that many middle-class couples she knew, majority of them Brahmin, living in India, had only one child if it was male and two children if their first child was a female!

(By the way my sister, my brother and I continue to have only one child!)

On the front page of The Times of India August 24 2011, following two news items of appeared:

1> "Parents rush to name their newborn after Anna: Anna’s magic has given birth to a new trend in Madhya Pradesh. At least 22 newborn children born in MP’s Damoh district between August 16 to 22 have been named after the Gandhian campaigner in one district alone..."

2> "GENDER BIAS:
In fact, ‘Nakoshi’, or a similar-meaning ‘Nakusa’, are the names of as many as 222 girls aged up to 16 as identified by the district health administration in the villages of Satara. The department, which is continuing with its task of identifying such girls, has begun the process of renaming them...

,,,“Most of these girls were the second or third girl child in the family, when all their parents were hankering after was a boy,” said Satara district health officer Bhagwan Pawar. “What’s more, most of the parents seem to have no qualms about having named these girls ‘Nakoshi’ or ‘Nakusa’, saying the names only expressed what they felt when the child was born.”
Speaking to TOI, the mother of a girl named ‘Nakoshi’ said: “We longed for a male child. When our fifth child also turned out to be a girl, we named her Nakoshi,” she said nonchalantly...

I wish Anna were a lady with a name 'Akka' (अक्का). Maybe people would have named their Nakoshi as Akka. 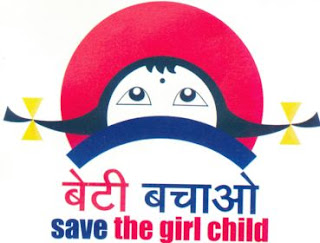