Brad Meltzer, who has written “Green Arrow” and “Justice League of America” for DC Comics:“America did not get Superman because it’s the greatest country on earth. It got Superman because a little boy lost his father.”

"At a time when pharmaceutical companies are investing billions of dollars to develop new and path-breaking medicines, it is the old and heritage brands that continue to dominate the market. Sales in 2011 show that the average age of the top 10 pharma brands is 19.3 years, and some of them are as old as 25 years.
For instance, Novartis’ painkiller Voveran, which was launched in 1986, ranks third, whereas Ranbaxy’s much popular health supplement Revital and Himalaya’s Liv-52, both 22-years old, rank sixth and 10th respectively.

According to a study conducted by IDFC Securities on pharmaceutical brands, out of the top-100 brands, 93 are pre-2005 vintage. Among the top 300 brands, it’s as many as 260.
While most of these brands are painkillers, vitamins and cough syrups, even drugs to treat diabetes and those treating gynaecology problems figure among the vintage brands..." 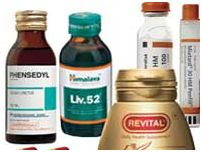 I also read excellent essay 'In Marvel And DC's Battle Of The Superheroes, Can The Hulk Kick Batman's Butt?' Mark Harris in July/August 2012 issue of 'Fast Company'. 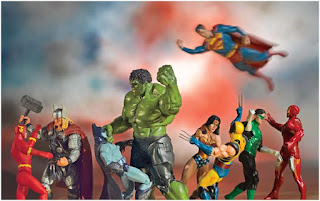 So just like medicines, it's old and heritage superheroes that dominate.

Coming back to the starting question: Are Voveran's powers less miraculous than Superman's?

It depends who you ask!

My mother-in-law would vote Voveran, my son would go for Superman and I am making that transition from Superman to Voveran very fast.