Thanks to Sanjay Dutt, more than cop Kiran Bedi, we know a lot about Indian jails.

I wish he next went to Dharavi in his neighbourhood. Then, we would know a lot about urban squalor.

“Actor Sanjay Dutt, who may have found little time to read books in the normal course of his life, has taken to reading spiritual books as an inmate of the Yerwada central prison here…

The Yerwada prison has a collection of over 7,000-9000 books in its library. Inmates can go to the library and also take books to their cells for reading, Kedari said. However, the books are scanned by the authorities and given to prisoners only if they are considered appropriate…” 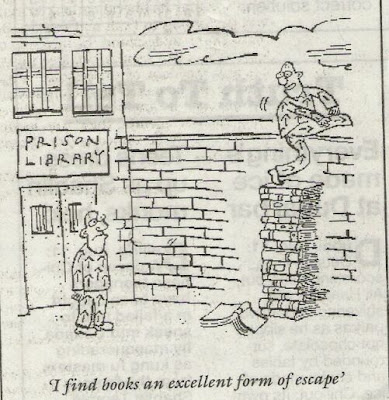 The Spectator 2007
Posted by Aniruddha G. Kulkarni at 8:50 AM No comments: