Colin Burrow wrote a review of “Anonymity: A Secret History of English Literature by John Mullan”, a “rangy and lively history of authors hiding their identities, Anonymity” (Guardian, January 26, 2008).

“…Jane Austen was one of many writers in the 18th and early 19th centuries who never published a single novel under her own name (she would even hide the evidence of her work in progress when friends came to visit). Throughout this period, and in the 16th and 17th centuries too, most fiction and much verse was published anonymously or pseudonymously. The list reads like an edited history of English literature...

Anonymous authorship was more or less killed off by the literary marketplace, and Mullan's book makes one feel more than a little nostalgia for its teasing concealments. “

Marathi too has history of anonymous authorship.

Dalvi remained anonymous for general public from 1963-1969. During this period and after he delighted many with his sharp wit and penetrative observations, exposing many hypocrisies in the world of Marathi literature in the process. (Like Khushwant Singh, death was no deterrence for Dalvi. He attacked G A Kulkarni जी ए कुलकर्णी after latter's death) 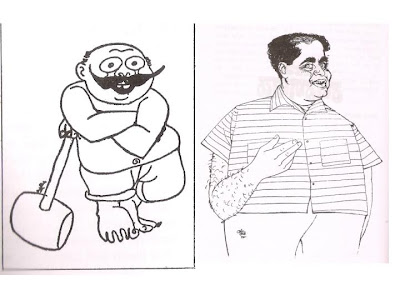