Spider Deserves to be Vishnu’s Incarnation

The table where I have kept my PC is a workplace of spiders. They build their webs faster than we remove them. So much so that I have learnt to respect them! Every time I see a spider rushing away, I don’t feel like killing it. I just chase it away.

No wonder Henry David Thoreau was moved to say: “If I were confined to a corner in a garret all my days, like a spider, the world would be just as large to me while I had my thoughts.”

It’s significant he chose spider and not any other life form.

Reuters on August 31, 2007 reported from Texas, USA:
“…A monstrous network of sheet-like webs covering several acres has been spun over trees in this state park 50 miles (80 kms) east of Dallas, baffling scientists who say it is an almost-unheard-of occurrence in the region.

"The dominant spiders here seem to be long-jawed spiders but this is unusual. Social spiders build communal nests in the tropics but the longjaws are not social," said Mike Quinn, a Texas state insect biologist.

"We still don't have a clear answer for what is going on here," he said as he stood beneath the ghostly canopy of webbing which shrouded a patch of oak and juniper trees.

The eerie scene evoked a B-grade horror movie. Thunder rumbled in the distance as spiders skittered across Quinn's wide-brimmed hat.

He was collecting samples by using a metal rod to thrash branches over a "beat sheet" -- a sheet nailed to criss-crossed pieces off wood into which bugs would fall.”

I was not surprised because I had watched, sometime in 2004-05, on Discovery channel, a film called “The Future Is Wild “. It projects, 100 million years from now, in “Hothouse World”, large spiders will build webs across canyons to farm the last mammals on earth. (Humans would be long gone before that!)

No insect is in the list of Vishnu’s incarnations that include fish, turtle, boar, man-lion, and dwarf. They, I always think, represent evolution. Spider deserves to be the first in the list. 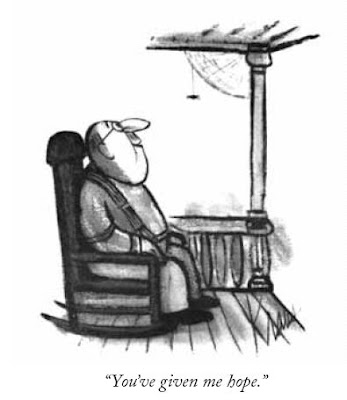 Will Durant has said: “Civilization exists by geologic consent, subject to change without notice". It isn’t the only consent we need.

Guardian, Georgina Ferry, on September 29, 2007 has reviewed the book: “Eating the Sun: How Plants Power the Planet” by Oliver Morton.

We all are taught photosynthesis is very simple. Carbon dioxide plus water plus energy from the sun equals glucose plus oxygen. It’s not that simple.

Scientists were not satisfied with this cookery-book approach from the earliest years of the 20th century. They finally discovered

“…the number of molecules of the photosynthetic pigment chlorophyll that it takes to produce one molecule of oxygen in full sunlight is not one, but 2,480. Trapping energy, storing and releasing it is all about transferring electrons along chains of molecules,..”

“…To make use of the energy locked up in our food we need oxygen. For more or less the first half of its life, the Earth had very little oxygen in its atmosphere. By around 2.4bn years ago, oxygen produced by photosynthetic bacteria was beginning to build up in the atmosphere in quantities that could support animal life. In an astonishing evolutionary short cut, some of the first multi-celled organisms then engulfed these green bacteria and incorporated their photosynthetic machinery into their own cells. Result: an explosion of green plants that covered the planet in (relatively) short order…”

“Astrobiologists tend to agree that whatever forms life might take, on Earth or elsewhere, it will always need oxygen. The trick, then, is to develop telescopes that can detect oxygen in the atmospheres of planets orbiting other stars. How many of these there might be, in Morton's view, is "the biggest question that we currently have it in our hands to answer".

Therefore, when you next pass by an ordinary weed, you may like it or not, just bow a little. 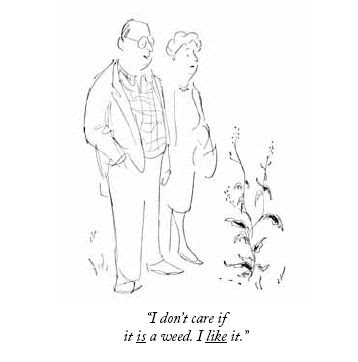