" ...Leo Tolstoy, who became more and more obnoxious as he aged, admired Chekhov's fiction, but detested his plays largely for their 'immorality', but also for their refusal to be useful. After Chekhov's death he told an interviewer: ‘In a dramatic work the author ought to deal with some problem that has yet to be solved and every character ought to solve it according to the idiosyncrasies of his own character. It is like laboratory experiment. But you won't find anything of that kind in Chekhov.'

"...All writing nowadays is propaganda. If, therefore, I treat Mr. Comfort's novel as a tract, I am only doing what he himself has done already. It is a good novel as novels go at this moment, but the motive for writing it was not what Trollope or Balzac, or even Tolstoy, would have recognised as a novelist's impulse. It was written in order to put forward the "message" of pacifism, and it was to fit that "message" that the main incidents in it were devised..."

“…The life that literature really equips us to live is not the one Wordsworth derided as devoted to “getting and spending,” but the second life of inwardness and imagination. For those who do not believe in the reality of that second life, no amount of insisting on the usefulness of literature will justify it; for those who live it, no such insisting is necessary.”


While searching something, I reached the website of a Marathi daily 'Maharashtra Times'  and saw a report describing a cultural function dated December 2012.

(...No one would call GA a writer with social commitment and GA himself would not let that word stick to his body...)


So far so good. But he doesn't stop at that.

He goes on to say:

(...those who are considered poor,  unemployed, subaltern, GA has embraced them with affinity. GA expresses the kind of internal compassion towards them that only a writer can have. One may or may not call it social commitment...")

Mr. Bokil HAD TO say that GA was a writer of some kind of  social commitment. (Also read his another statement there...'केवळ एखाद्या लेखकालाच असू शकते अशा प्रकारची आंतरिक करुणा'...internal compassion towards them that only a writer can have...I thought of Jesus, Buddha and Mother Teresa...)

Mr. Bokil also quotes from a speech given in 2009 by the late writer Kamal Desai (कमल देसाई) saying that GA's writing empowered women to fight injustice.

If you want to be called a good writer, you have to be useful! The author has to solve some kind of a problem!

As the quote at the top suggests, it comes from Tolstoy alright. It also probably comes from J S Mill's utilitarianism. [प्रो. वामनराव जोशी:  "ज्याने समाजाचे कल्याण होत नाही, जे नीतीला पोषक नाही असे सत्यच आम्हाला नको."  (Prof. Vamanrao Joshi: "We just do not want the truth that does not do welfare of the society and the one that does not nourish morality.")]


Later I came a across Emile Zola's 'The Belly of Paris', 1873 in new translation by Mark Kurlansky.

Mr.  Kurlansky writes in the introduction, and I am quoting little extensively:


"To many Americans this may seem odd, but when I was a teenager my hero was Emile Zola. This was not because he spoke out so forcefully and dramatically against anti-Semitism and corruption in high places when Alfred Dreyfus, a Jewish artillery captain, was framed for an act of espionage and was serving a life sentence in a penal colony. And not just because he did things like that all his life. It was because Zola was engaged, a writer who understood that his success gave him a platform, and he had a profound sense of the responsibility that implied. All over the world there have been such writers. Victor Hugo was another one, Latin America has been famous for them, so have Africa and Asia. America had James Baldwin and John Steinbeck. What was so exceptional about Zola was that he was one of the rare politically engaged writers who never let his political convictions compromise his artistry.


Zola came from a generation much influenced by Hugo. But Zola admired Hugo more for his political commitment than for his romantic prose, or, in Zola's words, his “mountainous rhetoric,” which he found “chilling.”
Zola, a highly political man, always insisted on the separation of art and politics. Though he very much wanted to be known for his political stances, he did not want his novels to be thought of as political pieces. In 1876, when L'Assommoir, sometimes titled in English The Dram Shop, was first serialized, critics infuriated Zola by calling him a socialist writer for his dark depiction of working-class life. He responded, “I do not accept the label you paste on my back. I mean to be a novelist, purely and simply, without any qualifying adjective; if you insist on qualifying me, say that I am a naturalistic novelist. That will not annoy me.” Of course, his concern for the plight of the poor did not necessarily make him a socialist. He read Charles Fourier, Pierre Proudhon, and Karl Marx, and he appreciated their arguments, especially those of Marx, which were presented in the structure of science, because Zola worshipped science. But he was never completely comfortable with the movement, which is probably why the revolutionaries depicted in his books, especially in The Belly of Paris, are virtually comic characters. He was clearly a progressive firmly in the left wing of nineteenth-century politics, but he wanted to keep the distinction between a leftist novelist and a leftist who writes novels.
It was his contention that it was the duty of writers to expose the weaknesses in a society and the duty of politicians to act upon them. He assumed both roles but never mixed them. He believed a novel should bear the mark of an individual and not an ideology. There are no tirades or polemics in Zola novels. Those he reserved for well-crafted newspaper articles such as the famous “J' Accuse!” in which he attacked the government for its persecution of Dreyfus. Some of his characters have such fits, but he always makes them look a bit overblown and even silly. Zola often laughs at political radicals. The convictions are there in the way he portrays life, the way all of his characters have someone bigger trying to step on them, the way most people are consumed in banal struggles. Do not look for justice in a Zola novel; his world is maddeningly unfair. But he always has humor and a thrilling, dark sense of irony..." 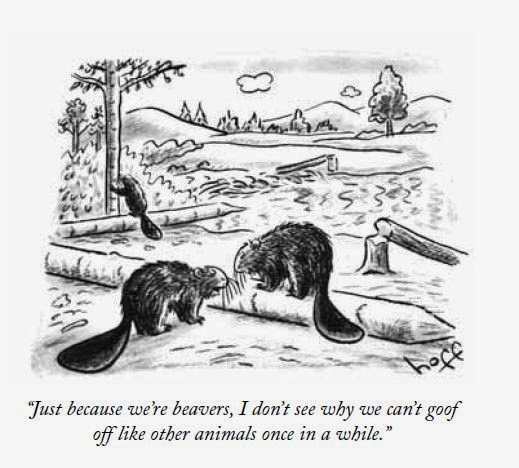