Makes You Kind of Proud to be a Goan!...Mario Miranda @90

Today May 2 2016 is 90th birth anniversary of Mario Miranda 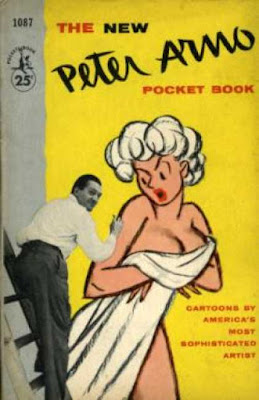 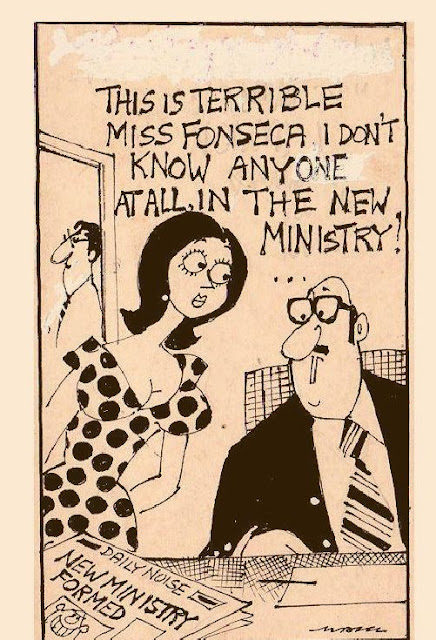 When you look at the picture above, sure you notice "Daily Noise" headline "New Ministry Formed" and you get the joke how the businessman is disappointed that he now has no 'his man' inside and that's all he cares about the latest political development.

But above all you notice Miss. Fonseca, her big eyes, round face, small waist and ample bosom. At least I surely did whenever I looked at MM's pictures.

Now see a picture drawn by a fellow Goan, the late Dinanath Dalal (दीनानाथ दलाल)- who also drew cartoons once. 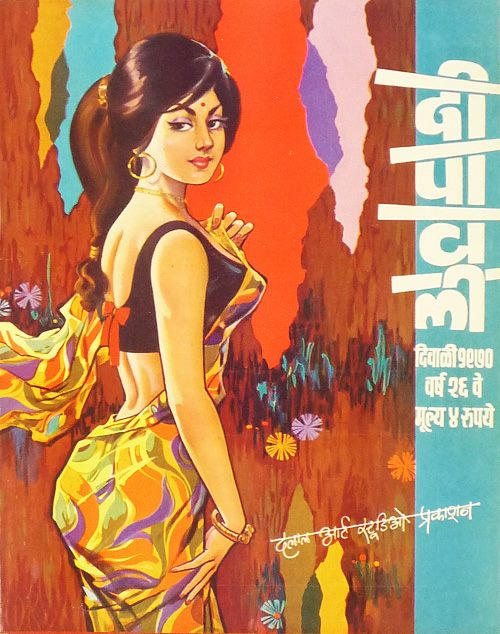 Now consider some of the beauties drawn by another Goan: the late Raghuvir Mulgaonkar ( रघुवीर मुळगावकर). For instance this one, drawn for the cover of Marathi magazine 'Vangmay-shobha' (वाङ्मय शोभा) dated April 1951. 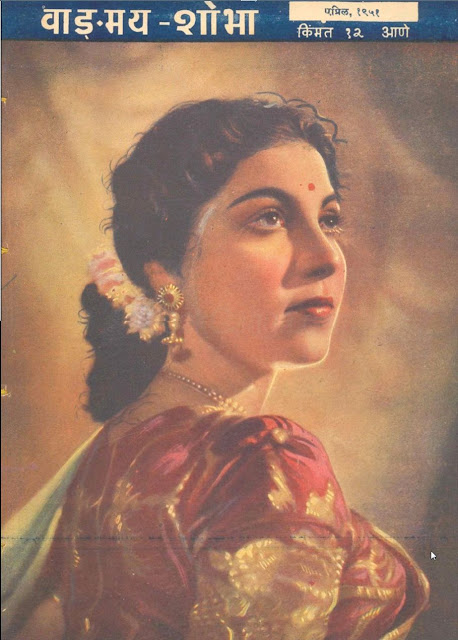 So if you are from Goa, these artists should kind of make you proud to be a Goan...as illustrated by Peter Arno.... 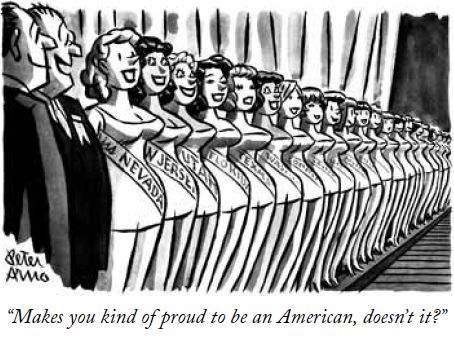 Posted by Aniruddha G. Kulkarni at 6:30 AM No comments: Links to this post