Godlessness is Not a Threat to Us. Too Much of God Is!

I wonder why godlessness feature of the left has to be a threat.

Bhagat Singh belonged to “godless left”. He united the country as much as Lokmanya Tilak, Mahatma Gandhi and, at any rate, more than BJP and its affiliated organizations like RSS/ Jansangh/ VHP/ Hindu Mahasabha.

M V Dhond म वा धोंड, arguably the greatest living scholar of Bhakti literature in Marathi and art critic, is an atheist and, not just that, claims even Sant Tukaram was one!

In November 2006, Times of India conducted a survey across 10 major cities of India on the subject of god. The survey asked “What’s more important?”- Believing in God or To Be a Good Person. 43% replied, “to be a good person”. Tukaram would be happy.

Many bright minds in the West are attacking the god.

Richard Dawkins in his best selling book “God Delusion” has lampooned religion and railed against the devout.

Tukaram was more tactful. He might say: “It is the final proof of God’s omnipotence that he need not exist in order to save us.” (Peter De Vries “The Mackerel Plaza” 1958). 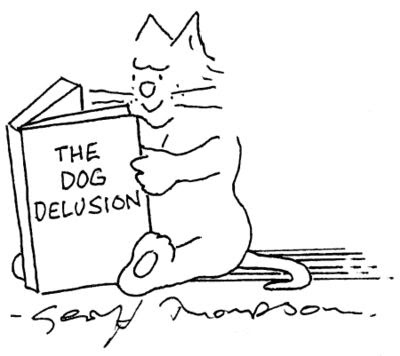 Artist: Geoff Thompson The Spectator
Posted by Aniruddha G. Kulkarni at 10:30 AM No comments: