Narendra Modi, 63, a card-carrying member of  Rashtriya Swayamsevak Sangh (RSS), for which he started volunteering at the age of eight, is all set to become India's Prime Minister.

"I also remember being struck by de Sade's will, in which he asked that his ashes be scattered to the four corners of the earth in the hope that humankind would forget both his writings and his name. I'd like to be able to make that demand; commemorative ceremonies are not only false but dangerous, as are all statues of famous men. Long live forgetfulness, I've always said—the only dignity I see is in oblivion.”

Financial Times, May 13 2014:
"The Rashtriya Swayamsevak Sangh or RSS believe that India is the Hindu holy land and that it needs protection from outside cultural influences including the country's Muslim and Christian minorities. The organisation has mobilised behind Narendra Modi in the current election in the hope that he will further their aims for the nation."

Marc Bloch, 'The Historian’s Craft', 1953:
"Are we so sure of ourselves and of our age as to divide the company of our forefathers into the just and the damned …? When the passions of the past blend with the prejudices of the present, human reality is reduced to a picture in black and white."

Dr. Ramachandra Guha, 'Makers of Modern India', 2011:
"...There were important Hindu right-wing thinkers before (M S) Golwalkar, such as V.D. Savarkar and Madan Mohan Malaviya. These may have been more subtle or sophisticated, but scarcely as effective or influential. Through his three decades as the head of the RSS, Golwalkar exercised a deep influence on the society and politics of modem India. A lifelong brahmadtari, or celibate, he acquired, in the fashion of a typical Hindu guru, a cult of younger male acolytes. These went on to become chief ministers of large Indian states. Others acquired even more power, directing the affairs of the Central government in New Delhi. Thus, Atal Behari Vajpayee, prime minister of India between 1998 and 2004, and Lai Krishna Advani, home minister and deputy prime minister during the same period, were both, in a personal as well as ideological sense, disciples of the long-time head of the RSS... "

Simon Critchley, review of John Gray's 'The Silence of Animals', 2013:
"...Today’s metaphysics is called “liberal humanism,” with a quasi-religious faith in progress, the power of reason and the perfectibility of humankind. The quintessential contemporary liberal humanists are those Obamaists, with their grotesque endless conversations about engagement in the world and their conviction that history has two sides, right and wrong, and they are naturally on the right side of it..."


John Buchan, Greenmantle, 1916:
"Some day, when the full history is written – sober history with ample documents – the poor romancer will give up business and fall to reading Miss Austen in a hermitage."

I am often amused by the shallowness of what I read in most Indian newspapers or see on most Indian TV news channels.  I often recall what Nicholas Taleb says: “To be competent, a journalist should view matters like a historian, and play down the value of information he is providing…Not only is it difficult for the journalist to think more like a historian, but it is, alas, the historian who is becoming more like the journalist.”

I have largely stopped writing about it. But here I make an exception with an example from a Marathi newspaper.

I have now read this argument- 'Maharashtra lost political leadership of India after 1922'- for many years.

The argument is cliched and all it does is strengthening of  parochial tendencies in urban middle-class Maharashtra and their political leaders. (Perhaps it also is the objective of a large part of the Marathi media.)

The argument is simply not true. Here is an attempt to explain why.

According to Amazon.com: "Makers of Modern India collects the work of nineteen of India's foremost generators of political sentiment, from those whose names command instant global recognition to pioneering subaltern and feminist thinkers whose works have until now remained obscure and inaccessible..."

Of the six people above, who do you think India's soon-to-be Prime Minister is closest to in his ideology? Dr. Guha's verdict, quoted above, leaves nothing to the doubt:

"...Golwalkar exercised a deep influence on the society and politics of modem India...Thus, Atal Behari Vajpayee, prime minister of India between 1998 and 2004, and Lai Krishna Advani, home minister and deputy prime minister during the same period, were both, in a personal as well as ideological sense, disciples of the long-time head of the RSS..."

I have no doubt Mr. Modi too is, in a personal as well as ideological sense, a disciple of Golwalkar guruji,  just like Vajpayee and Advani  (read Mr. Modi on M S Golwalkar in Caravan Magazine dated May 31 2014 here).

Golwalkar was born in Maharashtra and died there as late as in 1973.

Read what Dr. R. Guha further says about Mr. Golwalkar: "...Golwalkar saw three principal threats to the formation of a Hindu nation-—Muslims, Christians and communists. All three were foreign
in origin, and the last were godless to boot. Golwalkar saw Muslims, Christians and communists as akin to the demons, or rakshashas, of Indian mythology, with the Hindus as the avenging angels who would slay them and thus restore the goodness and purity of the Motherland. The RSS itself was projected by Golwalkar as the chosen vehicle for this national and civilizational renewal of the Hindus..."? (page 371)

Is Dr. More ashamed to acknowledge Maharashtra's political leadership in 21st century India just because it is NOT  in the hands of "liberal humanists"?

I also feel this "fell far behind" argument does not do justice to the posthumous rise of Dr. B R Ambedkar as a political figure as 'tall' as Mahatma Gandhi.  Arguably Ambedkar is now more important than Gandhi in India's electoral politics.

Let me now turn to the second quotation, above, of Dr. More. There,  he sort of implies that Mahatma Phule has 'trumped' Chiplunkar because he has more statues!

The comparison is not fair, although it is funny.

Chiplunkar lived for only thirty-one years to Phule's sixty-three. Chiplunkar's thoughts influenced B G Tilak,  who in turn influenced M S Golwalkar. (Dr. Guha: "...Golwalkar also admired Bal Gangadhar Tilak, 'THE MILITANT NATIONALIST',  for making culture so central to national identity and self-assertion...".  Guha  could have as well said Chiplunkar instead of Tilak.)

Therefore,  the fair comparison is that of Phule with Tilak or Golwalkar- all three from Guha's list. If Dr. More makes that comparison, I doubt if  he will give the decisive 'victory' to Phule.

By the way, I wonder how many statues of Golwalkar exist in India. I could NOT locate a single image of his statue on Google image search while Phule has got dozens of them.

But does it prove anything one way or the other?


More than the Indian National Congress, 'liberal humanists' of  India belonging to the writing/ talking community have been defeated in India's 2014 federal elections. They, of course, will continue to think that they are on the right side of history and will cling on to their own Galatea.


(Galatea is a name popularly applied to the statue carved of ivory by Pygmalion of Cyprus, which then came to life in Greek mythology.) 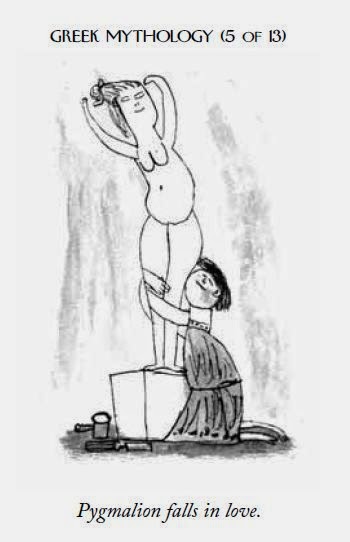 Narendra Modi on May 20 2014 at the Central Hall of Parliament, New Delhi

Narendra Modi on May 23 2019 at BJP headquarters in Delhi:

"There was such a tag which was in fashion wearing which all sins would get washed. That fake tag was called secularism. Slogans would be raised for the unity of secular people. But you would have witnessed that from 2014 - 2019 that whole bunch stopped speaking."
"In this election not even a single political party could dare to mislead the country by wearing the mask of secularism,"
Posted by Aniruddha G. Kulkarni at 10:09 AM No comments: