Paul Krugman observes Americans are turning shorter (NYT June 15 2007).
He quotes: "height is indicative of how well the human organism thrives in its socio-economic environment."
He says: “Whatever the full explanation for America’s stature deficit, our relative shortness, like our low life expectancy, suggests that something is amiss with our way of life. A critical European might say that America is a land of harried parents and neglected children, of expensive healthcare that misses those who need it most, a society that for all its wealth somehow manages to be nasty, brutish — and short. “

Hoping to get such data on India would be a tall order. But we can talk based on anecdotal evidence.

I think Indians in cities are getting taller and fatter.

These days I come across many school and college going girls who are taller than me (I am 5 ‘ 8”). Not so long ago, height of 5’ 4” in a girl was considered her passport to Miss Something (school, college, town, locality, India, world).

This prosperity has created some strange problems.

Public transport seating was designed for Indians who were much leaner and shorter. Seats meant for two can hardly take one and half. Seats meant for three, now used to seat four (such as Pune’s auto-rickshaws) can cause some serious damage to parts of your anatomy like knees, head, private parts etc.

p.s. Is this the reason American hippo is finding it hard to hear European Giraffe on Iraq, global warming etc? 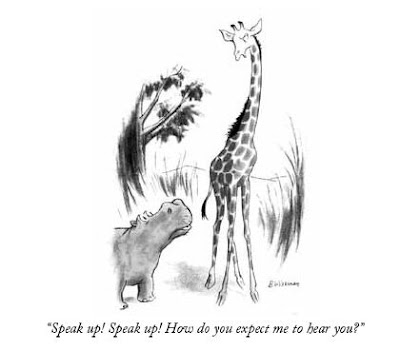 Muumuu looks pretty only by candlelight!

A trend seems to have emerged in Pune (and perhaps many other places in India) over last couple of decades: Middle-class women wearing nightgown throughout the day and perhaps night. During my childhood sari was ubiquitous in most parts of India. Until almost 1990’s, I almost never saw a woman outside her home in a nightgown. Women used gowns only during hospitalization.

These days I see nightgowns everywhere any time of the day. In shops, at vegetable markets, during morning walks, at school gates, at school-bus pickup points, at funeral procession etc.

And the clothing is less of a gown and more of a muumuu. (Btw- Glamorous film star of yesteryears Mumtaz was known as Mumu)

I think this shows women are either overworked or have turned plain lazy or no one has told them that they should not be wearing a nightgown outside their homes at least during the day.

A muumuu reminds me of Homer Simpson from episode [3F05] King- Size Homer (Original airdate in N.A.: 5-Nov-95) where he promises his wife Marge that he would not wear the gown outside, promptly breaks the promise and gets humiliated.

I think nightgowns look pretty only by candlelight. 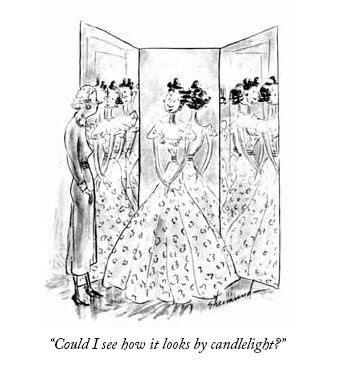