Shitting In Public, Not a Cell Phone- Image of India

”The Mumbai Metropolitan Region Development Authority commissioner Ratnakar Gaikwad said that nobody would defecate in public by 2009.”

I thought we had moved on from the days of Mark Twain and V S Naipaul. Not really.

Newsweek November 12, 2007 has an article “The rich are getting richer due to market forces—and to very human choices” by Daniel Gross.

“…Aneel Karnani, an economist at the University of Michigan, notes the widespread "self-applause" in India over the booming private sector, with the increased penetration of consumer items like cell phones, but is critical of the nation's failure to provide basic health and a social infrastructure to the masses of citizens.

"The representative image of contemporary India is not a cell phone, but rather defecating in public," he says. "In Mumbai, the business capital of India, about 50 percent of the people defecate in the open."…
”
India's poor should get their privacy to defecate.

There's another bad news for them. India's Supreme Court says:"A Killing provoked by littering isn't murder".
If a person throwing waste and rubbish is knifed, I wonder if a defecating person will be lynched. 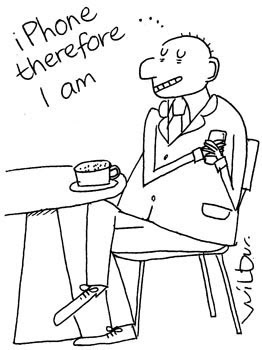