If Charlie Chaplin Came Along Today...

"...What is Chaplin's peculiar gift? It is his power to stand for a sort of concentrated essence of the common man, for the ineradicable belief in decency that exists in the hearts of ordinary people, at any rate in the West. We live in a period in which democracy is almost everywhere in retreat, supermen in control of three-quarters of the world, liberty explained away by sleek professors, Jew-baiting defended by pacifists. And yet everywhere, under the surface, the common man sticks obstinately to the beliefs that he derives from the Christian culture. The common man is wiser than the intellectuals, just as animals are wiser than men. Any intellectual can make you out a splendid "case" for smashing the German Trade Unions and torturing the Jews. But the common man, who has no intellect, only instinct and tradition, knows that "it isn't right." Anyone who has not lost his moral sense—and an education in Marxism and similar creeds consists largely in destroying your moral sense—knows that "it isn't right" to march into the houses of harmless little Jewish shopkeepers and set fire to their furniture. More than in any humorous trick, I believe, Chaplin's appeal lies in his power to reassert the fact, overlaid by Fascism and, ironically enough, by Socialism, that vox populi is vox Dei and giants are vermin.
No wonder that Hitler, from the moment he came to power, has banned Chaplin's films in Germany!...If our Government had a little more imagination they would subsidize The Great Dictator heavily and would make every effort to get a few copies into Germany—a thing that ought not to be beyond human ingenuity..."

"...As his (Alfred Hitchcock) onetime star Tippi Hedren has recently discussed, his treatment of her while shooting “The Birds” and “Marnie” would today be considered sexual harassment, if not sexual abuse. Nearly all of that, emotionally speaking, is visible on screen. Hitchcock’s masterfully constructed suspense classics contain many levels, but we already knew they documented an intense and partly hostile obsession with a certain variety of unavailable, unfaithful and untrustworthy woman. Hitchcock’s sins are far enough in the past that his reputation as a filmmaker has suffered little or not at all from these revelations. Contrast that to Charlie Chaplin, whose career was pretty well destroyed by political persecution and a series of sex scandals (involving teenage girls) in the 1940s. It took 30 years for public opinion to move past that stuff, and for Chaplin to be restored to the pantheon as one of the medium’s all-time greats..."

"...Even in a popular art form like film, in the U.S. most people haven’t seen The Bicycle Thief or The Grand Illusion or Persona. Most people go through their whole lives without seeing any of them. Most of the younger generation supporting the films that are around now in such abundance don’t care about Buñuel or Bergman. They’re not aware of the highest achievements of the art form. Once in a great while something comes together by pure accident of time and place and chance. Charlie Chaplin came along at the right time. If he’d come along today, he’d have had major problems..."

My late mother had had some  tough years. I don't think she ever went without food but I guess, at her mother's home,  on a few days a year, there was not enough to go around.


Such days were not entirely scarce even after her marriage to my father in 1957.

She used to tell me about a scene from David Lean's  'Dr. Zhivago' (1965) where a woman is shown eating a boiled potato. She said she was so hungry while watching the scene that she was envious of that poor woman!

She was lucky that she wasn't watching Chaplin's 'The Gold Rush', 1925.

(...'The Gold Rush' is I feel Charlie Chaplin's  last silent film. All the wealth of silent films, strength of speaking without words manifested themselves in it...after going without food for many days Charlie and his gigantic friend have kept their shoes on the table and they eat those shoes with spoon and fork as if it is some kind of delicacy...)

When you are hungry probably even shoes taste alright. 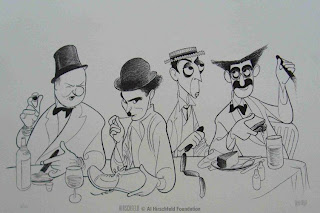 (notice the shoe in Chaplin's hand!)

I watched Buster Keaton's 'The General', 1926 only a few years ago.

The 'silences' of Chaplin and Keaton are different.

David Thomson / Peter Aspden:  “Chaplin made silence one more way of seeming above the world, while Keaton’s quiet is as stricken as ruined philosophy. So Chaplin is silently noisy with protestation and pleas for affection, and Keaton suspects the deepest things cannot be told or uttered.”

I feel closer to Keaton's silence. 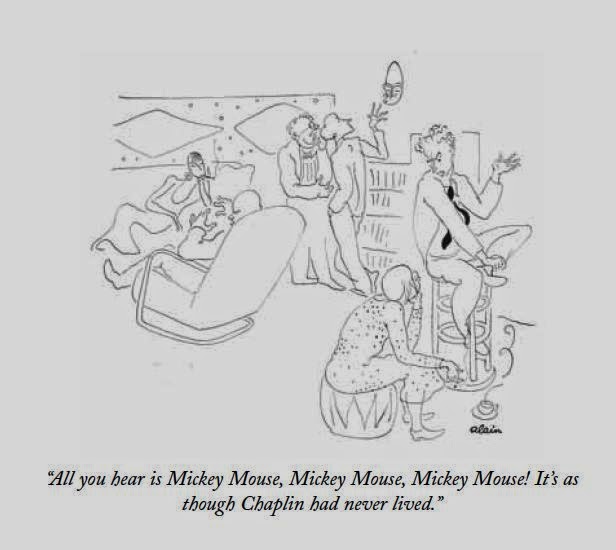