“We’re living in a golden age of the graphic novel, of comic art and of illustration in general. Legions of talented artists — who employ every method, style and approach imaginable — are creating such a flood of amazing, gorgeous, entertaining and groundbreaking material that it’s pretty much impossible to keep up with it all. What if a bunch of these artists used as their source material the greatest literature ever written?”

"This year has delivered us a crop of graphic novels so rich and varied, you could wrap a different one for each family member and have done with other bookish presents altogether."


Virdhawal Khade (वीरधवल खाडे) is a champion swimmer and much better sportsperson than many of our star cricketers but I like him more because of his first name!

Both are my heroes.

Recently, I bought a number of Marathi books priced at INR 50  each. They are reprints of old Marathi bestselling books that now are in public domain, their copyrights have expired. I am hoping to write on most  of them on this blog.

This is a great news for me because there was a time I was turning into bibliokleptomaniac, a book-thief!

Since I wish to own every book I want to read, the only hope for me to access forever-out-of-print Marathi books was Google Books. Read my earlier post on it here.

The prices printed on them are multiple times 50 but, at the moment, they are being sold at 50 each.

Reading public of Pune (पुणे) seem to have received them very well. There were crowds in the hall that were selling them. I don't have trade figures but the sales must be substantial. 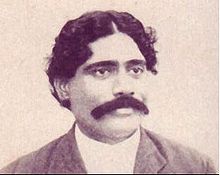 Nathmadhav.  Isn't  he Virdhawal himself? Reading about his fight against his own disability, I feel he surely was one in real life.

This best selling book- 'Virdhawal'- was first published in 1913. As per the preface of the author for its second edition that was published in October 1923, the first edition was sold out within a year but the book could not be reprinted largely because of the high cost and the shortage of paper on account of World War I (1914-1918).

[Read Govindrao Tembe's  (गोविंदराव टेंबे) commentary on what two world wars did to Indian society and culture. I was almost in tears. Some day I will reproduce it on this blog.]

I never read Virdhawal as a kid (8-10 years old) in the form of a 'words' novel but fell in love with it reading serialisation of it done in the form of a graphic novel by the late Mr. Bhaiyyasaheb Omkar (भैय्यासाहेब ओंकार) for a weekend edition of a Marathi daily (Kesari केसरी?) or a weekly. (Although I still recall many of the artist's pictures vividly, I forget the name of the publication).

I never took clippings of them but I kept reading the issue for days. I also remember missing a couple of issues from the series, silently blaming my father for that and hurting badly for the miss.

I also remember his serialization of graphic novel of Marathi translation of H G Wells's 'The Time Machine'.

I remain grateful to the late artists- Pitale, Wells, and more than them, Omkar-  for lighting up my childhood.

I liked Omkar's art much more than that of Amar Chitra Katha (ACK) and Chandoba (चांदोबा). For a few years, he was my most favorite artist.

Even today, I miss his art. Where can I lay my hands on Bhaiyyasaheb Omkar's graphic 'Virdhawal'?

When did I last see a great graphic novel in Marathi? Frankly, I have not seen any after the ones of Mr. Omkar I  have mentioned above. (ACK books I have seen are all mythological or biographical.)

World wide graphic novel as a medium is thriving.

This is how Tim Martin describes the experience of reading a graphic novel: "Reading a graphic novel is at once a complex and instinctive act. The reader is forced not only to parse several narrative streams – speech bubbles, the silent communication of figurative attitudes and scenic arrangement, repeated visual symbols, often a narrative commentary – but also construe them as a continuous sequence that represents the passage of time. It’s an act we perform without thinking about it, but is nevertheless a complicated piece of translation between the concrete and the abstract."

Why am I not getting the opportunity to perform that act in Marathi?

The following looks interesting to me. 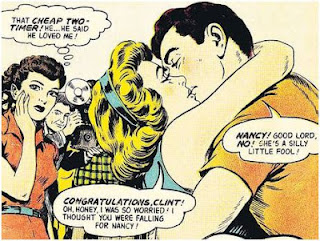 Artist: Unknown to me , courtesy: The Independent, UK July 2012

"In India, there are interesting online web-comics, which they call "Kirtu", which is Indian for erotic comics. Present day India—moralistically and socially—is very much like Victorian England. They’ve kept the strict English principles, which we have thrown out of the window and mixed that with a strong Hindu/Muslim moralistic ethos. To actually produce erotic comics in print form would be unthinkable in India. More than anything, pornography is technically illegal, although it is widely available: A lot of softcore, but very little hardcore. There is a healthy comics industry, but it’s primary target audience is a young readership, but country is on the tip of a cultural comics revolution, where they are starting to produce publications for an older readership.. There’s an online webcomic called Savita Bhabhi, about an archetypal frustrated housewife, who has these worldly sexcapades with various men. Because she is unhappily married, this is incredibly scandalous. That is a very revolutionary concept for a prudish country like India. A country where no woman would wear a bikini on the beach. Men and women swim fully clothed. It is quite bizarre, when you see it. And they stare at Westerners stripped down to their bikinis and swim-shorts. So Savita Bhabhi has caused huge scandal, and along with that, obviously, a huge readership. They got around sixteen million visitors a month. In 2009, the website was shut down by the Indian government, but they reopened another, shortly afterwards. It was originally started by a British Indian businessman—so it was actually produced in the UK, but aimed at the Indian market. That guy knew exactly what he was doing. Culturally, he wouldn’t have been able to do that if he was an Indian businessman in India. The shame would be too great."
Posted by Aniruddha G. Kulkarni at 9:00 AM No comments: