My Space is Small, My Life too is Small.


"The Greek philosopher Diogenes is said to have lived in a tub. But far from being dismissed as a crank, he was the only thinker whom Alexander the Great went to see – the others had to come to him. Was Diogenes a happy man? You can answer how you like. You can say that he was happy living in a tub. Or you can say that he thought that other things were more important than happiness."


Graham Hill has written an interesting essay for The New York Times, March 9 2013 titled 'Living With Less. A Lot Less'. Read it here.
Such things keep appearing in the Western media from time to time. The most recent famous example of it, as I remember, would be Jared Diamond's essay “What’s Your Consumption Factor?” (The NYT,  January 2  2008). Read that essay here.

I often wonder if this is a long, loud belch after a sumptuous meal or is there more to it?

My first question to the likes of Mr. Hill would be: why do you have to say this? Why not just more people do it?

My second question: why do you have to be successful first and then throw away things? Why not be a 'failure' in the world's eyes to begin with? Won't it make things much simpler? Less garbage to clear for municipal authorities.

My final question to him: Are you happy saying : 'My space is small. My life is big.'? What if your space is small and life too is small?

All my life I have been always attracted to austere living rooms.  I have lost count of how many such rooms I have seen during my childhood at Miraj. My classmates who came to Miraj  from nearby villages  to study after 7th or 10th always lived in such rooms and ate even simpler meals.

To my eyes, even following elegant and world-famous  room looks crowded! 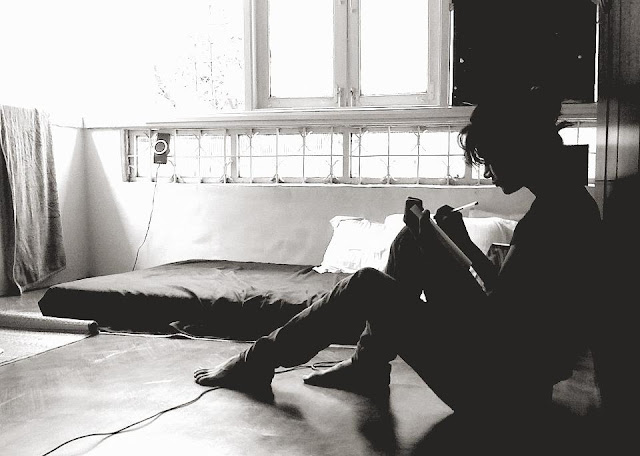 “...Diogenes credited his teacher Antisthenes with introducing him to a life of poverty and happiness — of poverty as happiness. The cynic’s every word and action was dedicated to the belief that the path to individual freedom required absolute honesty and complete material austerity.
So Diogenes threw away his cup when he saw people drinking from their hands. He lived in a barrel, rolling in it over hot sand in the summer. He inured himself to cold by embracing statues blanketed with snow. He ate raw squid to avoid the trouble of cooking. He mocked the auctioneer while being sold into slavery..."

p.s There is another problem with collecting stuff....excess baggage charges on the final journey! 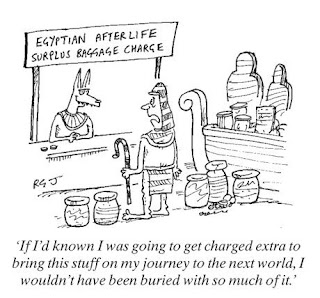 Posted by Aniruddha G. Kulkarni at 9:00 AM 3 comments: