When we went to Sajjangad (सज्जनगड) in July 2015- our maiden visit, the first place I wanted to see was the point from where Kalyanswami (कल्याणस्वामी) supposedly dived into the valley to fetch Samarth's  scarf. ( As I stood at the point and looked down the valley, I once again thought he surely did NOT actuality dive, as potrayed in the picture below, but the myth proved the faith in his guru.)

I was so eager to visit that point because of a little book I kept reading during my childhood and was fascinated by the pictures in it. Fortunately, I still have the book and when occasionally I thumb through it, it brings back memories. 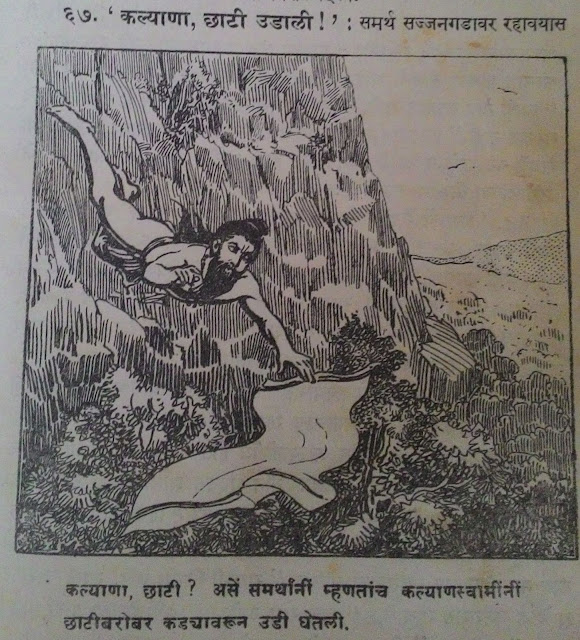 [I just wonder if Mr. Dikshit knew 'flying' superheroes like Batman (1939-) and Superman (1938-) when he drew this or this was based only on his imagination.] 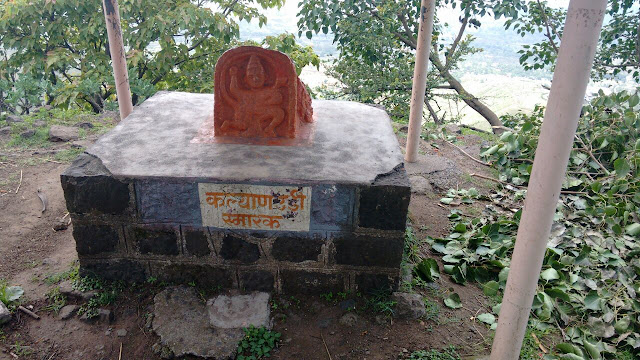