Dousing Fires of Nationalism Lighted by Staging of Kichak-Vadh

Do we learn anything from history at all? Or history is just one damn thing after another and hence to be ignored?

I read ROGER COHEN (IHT August 12, 2007) saying:
“….America has incurred a debt to Iraq, and the liability is weightier than the paper on the sub-prime mortgage market. Those in a hurry for neat resolutions in Mesopotamia might cast their minds back 60 years to the summer of 1947 when, on Aug. 15, after almost a century of direct rule, the British quit India, having drawn some hasty lines on a map.

The lines produced Pakistan. The rapid exit - independence and partition had only been approved a couple of months earlier by Parliament - produced a savage outbreak of killing and rape among millions of Hindus and Muslims attempting to disentangle entwined existences. India and Pakistan went to war over still-contested Kashmir.”

I thought we were learning from history. Or is it?

NICHOLAS D. KRISTOF in NYT August 12, 2007 says:”…. There’s lots of talk about partitioning Iraq to reduce the violence, and it’s happening already — and that de facto partition is a crucial step to reduce the risk of genocide once we leave. But for the U.S. to embrace partition would be disastrous: We would be portrayed in madrassas around the world as the infidels who dismembered an Arab country to seize its oil and emasculate it on behalf of Israel.”

Portioning Iraq? How can they even think when they should know that what happened in India in 1947 could be traced back to the partition of Bengal by Lord Curzon in 1905. Yes, the same Curzon who once said: “As long as we rule India, we are the greatest power in the world. If we lose it we shall drop straightway to a third rate power”. (Is George Bush saying the same for Iraq?)

Lord Curzon is arguably the most unpopular personality of British rule in India. Blockbuster Marathi play of year 1907, “Kichak-Vadh” was a metaphor for Curzon’s rule in India. It’s based on an episode in Mahabharata. Curzon became tyrant Kichak and India became his hapless victim Draupadi. The play charged many a youth in Maharashtra against the British rule.

One of them, it is said, was Anant Kanhere who assassinated collector of Nashik, A M T Jackson, of the Indian Civil Service in December 1909, at a theatre where he had gone to watch another famous Marathi play Sharda.

Calling the play seditious, its performance was banned by British government on January 27, 1910. Ban was in force until 1926. (There is also a Marathi film "Kichak Vadh" made in 1959 that has this haunting song-Dhund madhumati rat re nath re- written by G D Madgulkar and composed by Master Krishnarao. But I find villain Kichak played by Baburao Pendharkar much dearer than hero Bhim!)

Currently Iraq is staging its own "Kichak Vadh". American Curzons will find it hard to extinguish the fire, especially if they are going to use oil for the job!

No use splitting up

In India, since we started administrative reforms we have got many things right (e.g. railway ticket booking) but some big holes remain. Lack of reliable public transport at most urban centres is one of the biggest of them.

I use Pune Municipal Transport’s (PMT) bus service about once in a week and it appalls me to find it as bad as ever. Most of the hardware, other than recently launched expensive BRT, is rickety. Most conductors are rude. Buses often don’t carry destination nameplates. Frequency of service on most routes is inadequate. There is hardly any timetable that is strictly adhered to. During peak hours, senior citizens can hardly reach a bus, let alone climb on it. During morning hours, I see school & college going children of all ages hanging on to bus door and windows perilously.

I feel sad because the neighbourhood Mumbai has had one of the best bus service- called BEST- on the offer for a long time now. Recently, BEST launched its website, one of the most useful and pretty I have seen. Visit it here.

When I was at Chennai from 1981-83, I probably used the best bus service- then called PTC- I have seen any where in the world. Particularly so if we considered the load on it and resources at its disposal. I remember an incident when the conductor of a very crowded bus got down to help an old woman climb on the bus. I couldn’t believe my eyes!

I had gone to Chennai after spending first twenty one years of my life at Miraj. At Miraj, I used bus service to get to my colleges from 1976 to 1981. Conductors on that service were almost cruel. We thought they derived sadistic pleasure by not stopping their bus at our college’s stop. We could never tell when we would get home after the college. It was a torture we could do without in those glory years of India’s socialism.

We used all the tricks like in picture below to get a bus to stop. Alas they almost never worked! 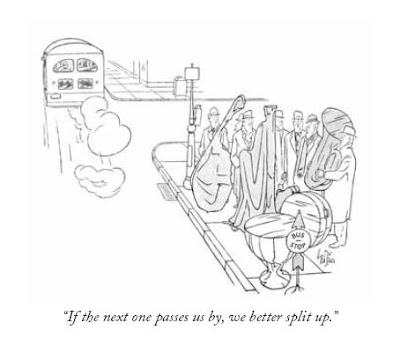