“The liberal class lacks the fortitude and the ideas to protect the decaying system. It speaks in a twilight rhetoric that no longer corresponds to our reality. But the fiction of democracy remains useful, not only for corporations, but also for the bankrupt liberal class. If the fiction is exposed as a lie, liberals will be forced to consider actual resistance, which will be neither pleasant nor easy. As long as a democratic façade exists, liberals can engage in a useless moral posturing that requires no sacrifice or commitment.” 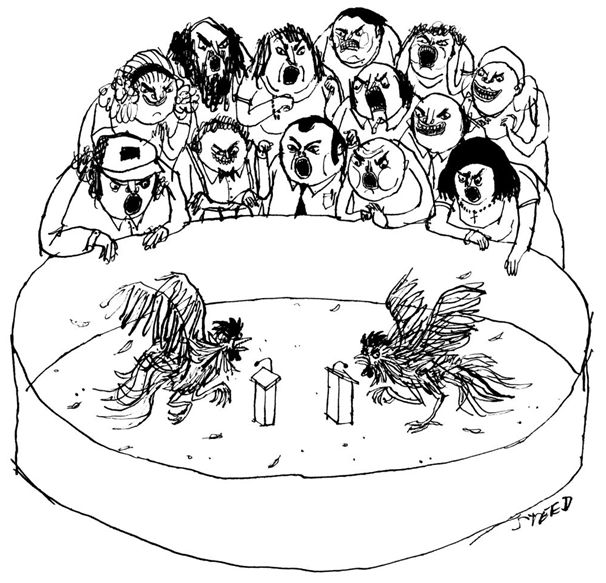 This picture reminded me of the following outstanding piece of art depicting many intriguing details.I have spent many hours 'reading' and admiring it. 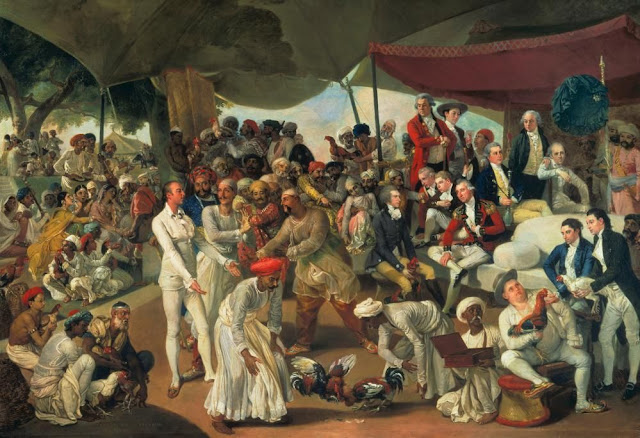 
Philip Hensher writes about the painting:

“...There is a sense of letting the hair down about some of Zoffany’s Indian paintings. The masterpiece Colonel Mordaunt’s Cock Match depicts the meeting between cultures at its most rumbustious, complete with extremely vulgar allusions to the principal figures’ sexual prowess....”
(‘The Telegraph, UK’, March 6 2012)


William Dalrymple writes about the artist:


"The Frankfurt-born Zoffany (1734-1810) lived in Lucknow for two and a half years, staying much of the time with Claude Martin. On his way back to England (where he had settled in the 1750s) he was shipwrecked off the Andaman Islands. Lots having been drawn among the starving survivors, a young sailor was duly eaten. Zoffany may thus be said with some confidence to have been the first and last Royal Academician to become a cannibal."
('White Mughals: Love and Betrayal in Eighteenth-Century India', 2002)
Posted by Aniruddha G. Kulkarni at 9:00 AM No comments: Links to this post