I read a few Puranas, in Marathi, in my childhood. There is fair amount of sex in them. I feel it contributed to their attraction. Particularly whenever Lord Indra makes an appearance.(Read my earlier post on Chandoba, a Marathi magazine for children.)

Wikipedia says: "In Puranic mythology, Indra is amorous character at times...". I think lecherous would be a fitter word.

I often thought that Indra probably looked like Hindi film actor Premnath of Johny Mera Naam fame! Poor Ahalya. She was turned to stone while the seducer got away lightly by becoming 'Thousand Eyed'.

I still remember the night I watched Warren Beatty's "Heaven Can Wait" , at the open air theatre of IIT, Madras and James Mason's words describing what it meant to be dead.

I really enjoyed it. (Frankly even an ordinary movie became watchable at OAT because if not film-stars you could always watch real stars!)

Since then I have watched a few more movies of Mr. Beatty. Most of them are likeable. However during the same period I have read more about his ability to bed women rather than his work in cinema. Contrast that with Clint Eastwood who has scaled great cinematic heights with the passage of years.

"...Warren Beatty has, according to this long-awaited semi-authorised biography, bedded almost 13,000 women in his life...

...Seduction was his greatest asset. Once he was interested in a woman, he would never let go. He enveloped her with his every thought. He wanted total control of her; her hair, her make up, her work. He took notice of everything...Charm he certainly had, and many who shared his bed stress this to Biskind. But there was also a driving need for complete control, which may have got them weak-kneed in the first place.."

"...He enveloped her with his every thought. He wanted total control of her; her hair, her make up, her work. He took notice of everything...But there was also a driving need for complete control, which may have got them weak-kneed in the first place.."

Some of the sexiest scenes in Indian films were shot on Nargis and Raj Kapoor. There was almost no nudity, no kissing but, for my taste, the pair made virtual love on the screen.

Was Mr. Raj Kapoor like Mr. Beatty in some respects? Dev Anand?

No other name from Hindi film world comes to my mind.

Only the women in their lives- and there were quite a few!- could answer.

As for Indra, he would like to have a closer look at Mr. Beatty's anatomy if and when he reaches heaven. 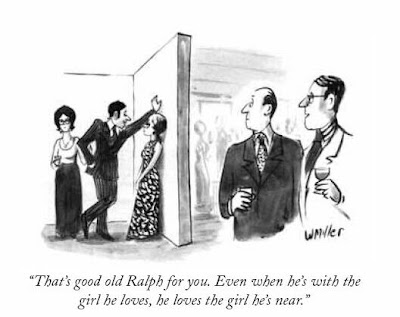