Mary Ann Doane on the figure of the “femme fatale” which has come to stand for noir’s innovative representation of female desire:

“She is not the subject of feminism but a symptom of male fears about feminism. Nevertheless, the representation – like any representation –is not totally under the control of its producers and, once disseminated, comes to take on a life of its own.”


“...Noir does offer its share of amoral seductresses and conniving criminals, but it also gives us wives, mothers, and nurses; businesswomen and writers; secretaries, singers, sleuths, and social workers; psychologists, physicians, prison guards, wardens—and even professors. In fact, most women in film noir work, and their forms of labor closely reflect the actual postwar US female workforce.


Just as important as the women working in films noir, however, were the women working on films noir—the females who performed in, wrote, produced, and even directed the movies. Their presence is one reason why noir portrays so many working women and why the films address many of postwar women’s chief concerns: sexism; the conflict between traditional domestic duties and newfound labor power; the anxieties and possibilities implicit in shifting gender roles; changes in courtship, marriage, and motherhood. The films on which these women worked—which I’m calling femme noirs—furnish complex, critical, and generally progressive analyses of American mores and institutions. While facing the same obstacles dramatized in the films, these female filmmakers nudged Hollywood toward more enlightened views about gender and, in one case, helped to redefine cinematic authorship. Far from femmes fatale, these women were femmes vital: indispensable presences whose creative labor modeled an alternative to traditional female labor—childbearing and -rearing—and injected a protofeminist note into male-oriented genres...”

Some of the best Hindi cinema of 1950's has been influenced by American Noir.  No good Indian film director of that period has escaped its deep influence including Guru Dutt, Raj Khosla, Shakti Samanta, Raj Kapoor, Vijay Aanand...

The poster of a noir film does not often tell you how much wisdom and witty dialogues- apart from great entertainment- they hold. 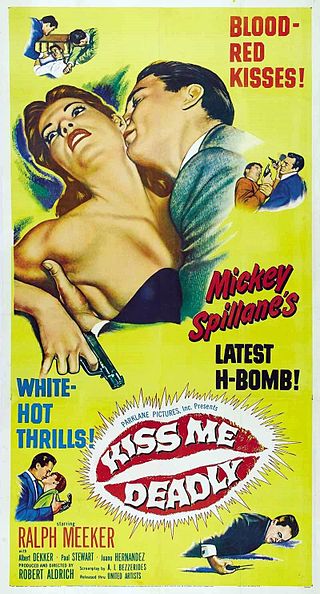 Look at the following snaps from the film. The whole sequence is shot beautifully and sums up the man in general.


below: Cloris Leachman as Christina and Ralph Meeker as  Mike Hammer

based on Mickey Spillane's novel

screenplay by A.I. Bezzerides
courtesy: United Artists or the current copyright holders of the feature 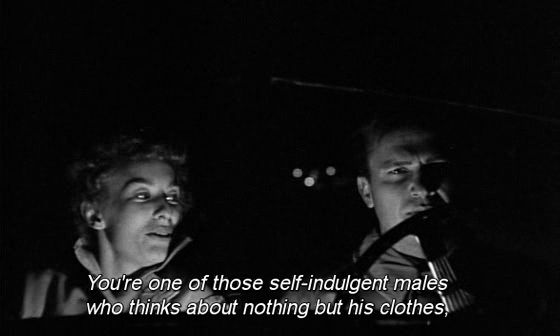 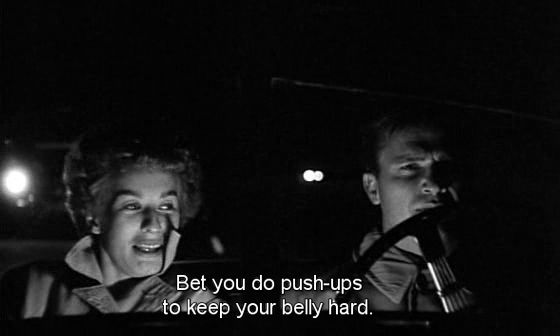 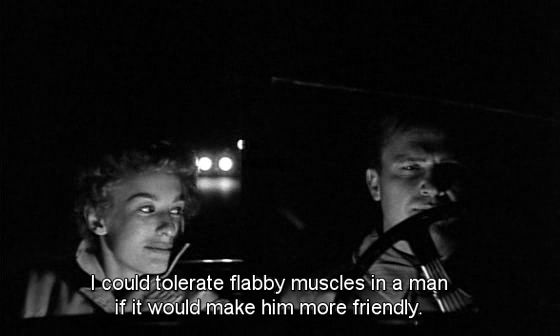 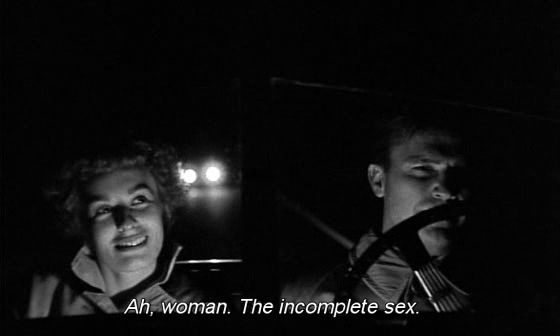 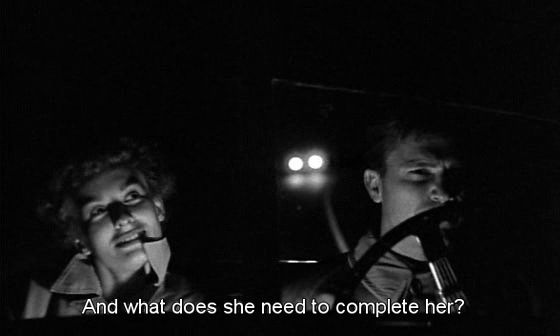 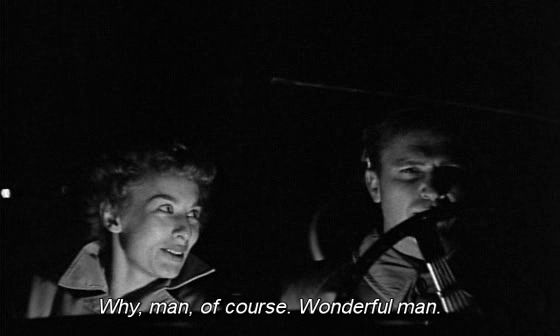