"BOOK II. (Octavo), CHAPTER IV. (Killer).—Of this whale little is precisely known to the Nantucketer, and nothing at all to the professed naturalist. From what I have seen of him at a distance, I should say that he was about the bigness of a grampus. He is very savage—a sort of Feegee fish. He sometimes takes the great Folio whales by the lip, and hangs there like a leech, till the mighty brute is worried to death. The Killer is never hunted. I never heard what sort of oil he has. Exception might be taken to the name bestowed upon this whale, on the ground of its indistinctness. For we are all killers, on land and on sea; Bonapartes and Sharks included."


To the finny people's king.


Not a mightier whale than this


In the vast Atlantic is;


Not a fatter fish than he,


Flounders round the Polar Sea."


—Charles Lamb's Triumph of the Whale.


Captain Ahab: "Oh he's not a whale, he's the devil himself!" 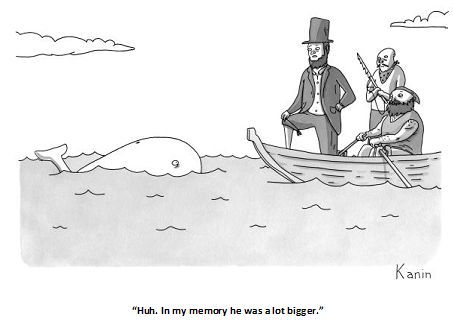