How Valuable were India's Dalits?

'..."Growing up I was always rooting for the jazz musician," he says. "I remember I was disturbed when there was a big objection to Nat King Cole moving into Hancock Park in Los Angeles. I didn't know Hancock Park at that time, because I was just a kid in Oakland. But I always thought: 'God, who wouldn't want to have Nat Cole living next to him?' Not only because he was a popular guy, but he was one of those few popular guys who was a great jazz player as well, a great piano player."...

"It was a disgraceful time," Mr. Eastwood says. "I remember living through it. You had to have all-white bands or all-black bands or they'd send you away. Woody Herman and Ernie Royal had an occasional mixture. But by and large you couldn't play certain places . . . especially in the South, but across the whole country, really."... '

I read something startling last year.

"On the eve of the Civil War, Southern slaves were the nation's most valuable commodity. They constituted 80% of the gross national product, equivalent to roughly $10 trillion today. Before the war, America's richest tycoons were not Northern industrialists but Southern planters."

I had not come across them as a balance sheet item yet!

Stock options? Yes. (Read: No wonder they were given as stock options!)

Is it possible that India's Dalits- who were treated in their own country as badly as the blacks in US- too were the nation's most valuable resource around 1860? 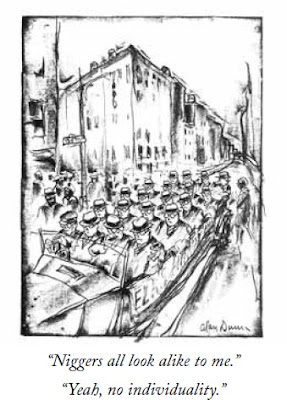 African-Americans might have looked alike to some but they were- and are- very precious.