"Vienna has ended Melbourne’s seven-year reign as the world’s most liveable city, according to the Economist Intelligence Unit.


The Austrian capital scored a near perfect score of 99.1 out of 100 in the index, whose criteria include stability, healthcare and the environment....”

Stefan Zweig, 'Messages from a Lost World: Europe on the Brink':


"....Composed of so many diverse elements, Vienna was the ideal breeding ground for a communal culture. Foreigner did not mean foe and what came from beyond the borders was not haughtily dismissed as anti-national, non-German, non-Austrian, but sought out and venerated. All outside stimulus was welcomed and this evolved into the characteristic Viennese colour we know so well. This city and its people may like any other have its faults, but Vienna has had the advantage of not being arrogant, of not trying to foist its mores or world-dictatorial mindset on others. The Viennese culture was not a conquering one and this is why each new guest is so easily won over by her. To mix these disparate elements and create this perpetual harmonization has been the true genius of the city. That is why in Vienna there is always the sense of living in a world dominion and not being closed in by any single language, race, nation or idea. At every moment one is reminded of being at the heart of a supranational empire. It’s enough to read off the names on the shop signs: one has an Italian tone, a second Czech and a third Hungarian, and there are even special signs stating that French and English are spoken here. A foreigner without German is never lost. Everywhere one feels, through the local national dress worn so freely and openly, the rich-coloured presence of neighbouring countries. You would see the Hungarian Imperial guards with their back-swords and fur trimmings, the nurses from Bohemia in their colourful dresses, the peasants of Transylvania with their blouses and embroidered bonnets, just like those they wore in their village on Sundays when they went to church, Bosnian peddlers in short trousers and red fezzes who went from house to house selling Tschibuk pipes and daggers, the mountain folk with bare knees and feathered hats, the Galician Jews with their curled braids and long kaftans, the Ruthenians with their sheepskins, the vintners in their blue aprons, and at the centre of this world, as a symbol of unity, the multicoloured uniforms of the soldier and the cassocks of the Catholic priest. All wore the national costume of their homeland as if Vienna itself were that homeland. All had the same feeling, that this was their home, their metropolis; they were not foreigners and never considered themselves as such. The old Viennese scoffed at them in a good-humoured fashion, in popular songs there was often a couplet about the Czechs, the Hungarians and the Jews, but it was always a well-meaning mockery, as that between brothers. They never hated, for it was not in the Viennese mentality to do so….


…..Exaggeration, you will say, an absurd exaggeration! And that’s what we too think sometimes about this delirious enthusiasm of the Viennese for music and theatre. Yes, I know it is sometimes absurd. For example, when the Viennese plucked hairs from the manes of the horses harnessed to Fanny Elssler’s coach; and I know too we have paid dearly for this fanaticism. For while the Viennese were caught up in their unbridled passion for theatre and music, the Germans were overtaking them in the domain of technology, efficiency and the more practical things of existence. But let us not forget: such overvaluing also creates values. Only where true enthusiasm for art exists does the artist feel comfortable, when so much is demanded of art. I believe there is no other city where the musician, the singer, the actor, the conductor, the director are placed under more scrutiny and constrained by a greater tension. There is not only the critique of opening night, but also an unrelenting and entrenched public critique. In Vienna, no mistake is tolerated at any concert; every performance, whether it be the twentieth or hundredth, is subjected to the same degree of lucid and penetrating critique on the part of every spectator or listener. We are accustomed to the highest levels of quality and are not willing to give an inch. This knowledge was forged in us from an early age. When I attended high school, I was one among two dozen of my classmates who never missed a performance at the Burgtheater or the Opera; being the true Viennese we were, we cared nothing for politics or political economics and we would have been ashamed to know anything about sport. Even today I can’t make out the difference between cricket and golf and the football reports in the papers might as well be written in Chinese. But at the age of fourteen or fifteen I could discern any slip or cursoriness in a production; and we knew exactly by which means this or that conductor raised the tempo. We were for or against such and such an artist; we either worshipped them or reviled them, we two dozen of our class. Imagine then these two dozen high school students multiplied by fifty schools, plus a university, a bourgeoisie, a whole city, and you may comprehend the level of tension that such an interest in all theatrical and musical works must engender, how much this untiring, relentless scrutiny must have stimulated the overall level of these musical and theatrical works. Every musician, every artist knew that no drop in standards would be tolerated in Vienna, that he had to strive to the maximum if he were to maintain his standing. This scrutiny carried into the lower stratum of the people. The regimental orchestras competed between themselves, and our army possessed—I always remember the debut of Lehár—far better conductors than generals. The little female orchestras in the Prater, the pianists in the cabaret, where they drank new wine, were all placed under this merciless scrutiny, for the quality of the orchestra was for the ordinary Viennese as important as that of the wine; the musician had to play well, otherwise he was lost, he was dismissed.
Yes, it was strange, everywhere in Vienna, in public life and morals, in the city administration, there was a good deal of nonchalance, indifference, mellowness, a sort of “sloppiness”, we used to say. But in the sphere of art no negligence was excused, no sluggishness was tolerated. It is possible that in this exaggerated passion for music, theatre, culture, Vienna, the Hapsburgs and Austria as a whole had forfeited political success. But it is this we can thank for our musical empire...." 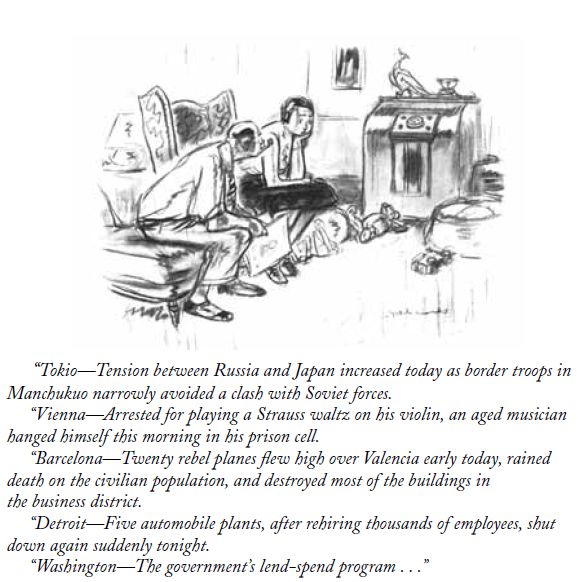