I dumped The Economist

I have been The Economist’s subscriber since year 1999. I was hypnotized by it. Attraction once was almost Freudian. I had stored its every single issue since then. I thought throwing them away was like throwing away love letters.

And then trouble started. I am not sure with what. Final fall-out came with American invasion of Iraq. If you want to know the true character of the magazine, just read these two issues- the first and fifth anniversary of 9/11.

Andrew Sullivan has put it well: "It’s written in the kind of Oxbridge prose that rips felicitously into one ear and out the other, and it subtly flatters some Americans into feeling that they are sitting in on a combination of an English senior common room and a seminar at Davos."

There are many things right with today's Britain as there are many things wrong. PM Blair and The Economist belong to the latter. I have a theory about the magazine. It surely supported division of Bengal in 1905. They probably put photogenic Lord Curzon on its glossy cover.

So one day this May, I decided to sell its back issues to a raddi-wala.

I have some good news to report. Economist old issues after gathering some moss weigh a lot more than you think. Pay-off for me was handsome. Thank you, The Economist. 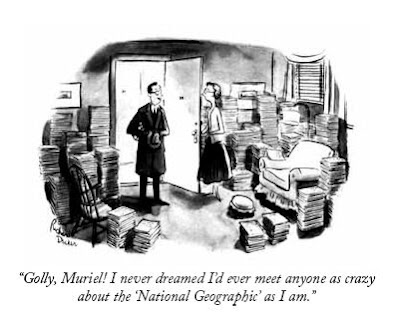 Posted by Aniruddha G. Kulkarni at 9:58 AM No comments: Links to this post