“Humans thrive in conditions that morality condemns. The peace and prosperity of one generation stand on the injustices of earlier generations; the delicate sensibilities of liberal societies are fruits of war and empire. The same is true of individuals. Gentleness flourishes in sheltered lives; an instinctive trust in others is rarely strong in people who have struggled against the odds. The qualities we say we value above all others cannot withstand ordinary life. Happily, we do not value them as much as we say we do. Much that we admire comes from things we judge to be evil or wrong. This is true of morality itself.”
('Straw Dogs: Thoughts on Humans and Other Animals', 2002)

Marathi writer Anand Vinayak Jategaonkar (आनंद विनायक जातेगांवकर) died in January 2016. I had not read any of his books as of June 12 2016. I read his obituaries in Marathi magazine Lalit (ललित), April 2016. There he was portrayed as an avant-garde writer who did not get his due from the establishment. [Among other things, he has written a Marathi play 'Kaifiyat' (कैफियत), 2011 based on Franz Kafka's 'The Trial', 1914/15.]

On June 11 2016, I was strongly recommended a few of his books by a couple of friends whose literary tastes I respect.

Here is a para from it:

[...Until today thousands of (Hindu/ Buddhist) temples must have been demolished, idols in caves defaced and their arms cut off but this society, this tradition, this way of living never destroyed anyone's place of worship...]

Italicized and emboldened part of the statement  is NOT just naive but also highly inaccurate and grossly misleading.

If I were to meet Mr. Jategaonkar, I would have humbly recommended him Yuval Noah Harari's book 'Sapiens: A Brief History of Humankind', 2011 that states: "The human story is largely a record of conquest, and many cultures have become extinct as a result of being subject to imperial domination."

Indian civilization has NOT been exception to that. Destruction of Babri Masjid was tragic, and as an Indian I am ashamed of it, but it was NOT a first-of-its-kind act and sadly it won't be last.
S. L. Bhyrappa has written about what methods propagators of Buddhism deployed to establish their religion in ancient India. The Partition of India, 1947 led to the genocidal slaughter committed by the followers of three major religions of India: Hinduism, Islam, Sikhism- every possible crime against humanity was committed during those dark days. It has been claimed by the likes of D G Godse (द ग गोडसे), Ashok Shahane (अशोक शहाणे) etc. that some of the major Hindu shrines in Maharashtra once belonged to Buddhists or Jains.

I have already quoted the following two passages of William Dalrymple and John Keay on this blog earlier.

William  Dalrymple:
"...What is perhaps especially valuable about The Buddha and the Sahibs is (Charles) Allen's gentle reminder of exactly how and why Buddhism died out in the land of its birth. Every child in India knows that when the Muslims first came to India that they desecrated temples and smashed idols. But what is conveniently forgotten is that during the Hindu revival at the end of the first millennium AD, many Hindu rulers had behaved in a similar fashion to the Buddhists.

It was because of this persecution, several centuries before the arrival of Islam, that the philosophy of the Buddha, once a serious rival to Hinduism, virtually disappeared from India: Harsha Deva, a single Kashmiri raja, for example boasted that he had destroyed no less than 4,000 Buddhist shrines. Another raja, Sasanka of Bengal, went to Bodh Gaya, sacked the monastery and cut down the tree of wisdom under which the Buddha had received enlightenment.

According to Buddhist tradition, Sasanka's "body produced sores and his flesh quickly rotted off and after a short while he died". At a time when Islamaphobia is becoming endemic in both India and the west, and when a far-right Hindu government is doing its best to terrorise India's Muslim minority, the story of how an earlier phase of militant Hinduism violently rooted out Indian Buddhism is an important and worrying precedent, and one that needs very badly to be told, and remembered..."

John Keay:
"...In the course of perhaps several campaigns, more triumphs were recorded by the Cholas, more treasure was amassed, and more Mahmudian atrocities are imputed. According to a Western Chalukyan inscription, in the Bijapur district the Chola army behaved with exceptional brutality, slaughtering women, children and brahmans and raping girls of decent caste. Manyakheta, the old Rashtrakutan capital, was also plundered and sacked...

...The classic expansion of Chola power began anew with the accession of Rajaraja I in 985. Campaigns in the south brought renewed success against the Pandyas and their ‘haughty’ Chera allies in Kerala, both of which kingdoms were now claimed as Chola feudatories. These triumphs were followed, or accompanied, by a successful invasion of Buddhist Sri Lanka in which Anuradhapura, the ancient capital, was sacked and its stupas plundered with a rapacity worthy of the great Mahmud...

...When, therefore, Rajendra I succeeded Rajaraja and assumed the reins of power in 1014, his priority was obvious. Sri Lanka was promptly reinvaded and more treasures and priceless regalia seized; prising open even relic chambers, says a Sri Lankan chronicle, ‘like blood-sucking yakkhas they took all the treasures of Lanka for themselves’..."

('India A History: From the Earliest Civilisations to the Boom of the Twenty-First Century', 2000/ 2010)

Considering all this, I find Jategaonkar's writing sentimental and sloppy and I wonder if I should read his book at all!

I would have liked to tell him that, not just the present was restless, so was the past, and so would be the future. 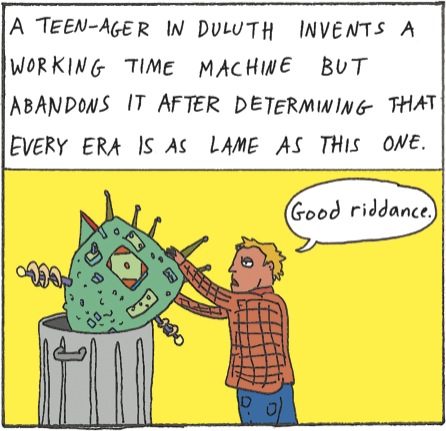 p.s This post only by coincidence got posted on the day of #brexit

This is one of the early comments I read:

"...Modern democracies operate within a framework of rationalism. Dismantle it and the space is filled by prejudice. Fear counts above reason; anger above evidence. Lies claim equal status with facts. Soon enough, migrants — and Muslims especially — replace heretics and witches as the targets of public rage...
...Not so long ago British politicians of almost all shades were proud of Europe’s role as a catalyst for the spread of freedom and democracy beyond its borders. Governments of right and left championed the EU accession of formerly communist states and urged Turkey to tread the same path.
Now the Brexiters demonise potential migrants from Turkey as terrorists, murderers and drug-traffickers, and promise to slam the door against Polish plumbers and Hungarian farm workers. Baroness Warsi, a former Tory party chairman once sympathetic to the Brexit case, calls it the politics of hate." (Philip Stephens, FT,UK)