"...An unavoidable sequel of the posterity delusion is the death of the writerly self, which depends too much on incoherence and inconsistency to remain pompous for long. And of course, the vast majority of today's mummified immortals are tomorrow's Ozymandiases..."

"Five months before he died, Paul Cézanne attended the unveiling of a bust of Émile Zola, his old soulmate, at the Bibliothèque Méjanes in Aix. Numa Coste, friend to both, addressed the gathering. He reminded the attendees of Zola’s autumnal insistence that “one thinks one has revolutionized the world, and then one finds out, at the end of the road, that one has not revolutionized anything at all.” The elderly painter cried at the words."

"...They’re not alone. There’s a whole fraternity of artists like that—writers convinced of their greatness and obsessed with their status. They seem genuinely important in their own time, but the farther away from them you get, the more special pleading they seem to require. The proof is never on the page. It takes work to see why they mattered, why they provoked so much controversy, why they were read or performed at all. Call them the footnote club, or the asterisk brigade. Or think of them as the white dwarves of literature; those cold, distant stars that seem bright at first but then dim by degrees until they seem always on the edge of being swallowed by the night..."

Mr. Govind Talwalkar (गोविंद तळवलकर), the then editor of Marathi newspaper Maharashtra Times (महाराष्ट्र टाइम्स) was,  as mentioned earlier on this blog,  like a Sumo wrestler on middle-class Maharashtra's (not certainly more in the size than 10%  of population of the state)  cultural mat in 1970's.  I too was his fan for a while. I still admire his ability to read a large number of books.

Later in life,  however,  I always felt he had a limited intellectual capacity but his influence was disproportionately larger than that.

Many people, I felt,  then,  just got out of his way instead of challenging him or, better, made friends with him. Apparently, his job was the second most important job in Maharashtra, next only to the Chief Minister of the state.

Loksatta (लोकसत्ता ) dated November 26 2013 has a report on the speech he made in Mumbai (मुंबई) the previous day by video conference from US.

Despite all the advances in medical technology, particularly ophthalmology, one probably doesn't have a great eyesight at that age. I don't know about the rest of the world, but the life outside your window does become nebulous and fuzzy.

(Talwalkar went on to make fun of Facebook and Internet in his unique style,  observing that, in today's times,  every one feels that the world has no hope of survival until they read one's thoughts.)

I don't know about today's Internet users and newspaper editors but I always thought that is what he himself felt- "the world has no hope of survival until they read my thoughts" (आपले विचार इतरांनी वाचल्याशिवाय जगाला तरणोपायच नाही)-  when he wrote those 'fiery' leaders for Maharashtra Times.

Later in the report, the following is attributed to Mr. Talwalkar:

("An age ends but one doesn't feel that the next age has begun and our generation started pacing such a hanging period between (the ages)...")

This is complete baloney. Life just goes on. The past and the future are fundamentally no different than the present. They just are strange.  Civilisations, regimes come and go and some are better than others. History is cyclical not progressive. As John Crowley says: "Meanwhile the real world then, no matter what, will be as racked with pain and insufficiency as any human world at any time. It just won’t be racked by the same old pains and insufficiencies; it will be strange. It is forever unknowably strange, its strangeness not the strangeness of fiction or of any art or any guess but absolute. That’s its nature."

As images fade, shadows lengthen, and the threat of being swallowed by the night looms, for an Ozymandias,  shedding tears is more honorable option than talking about the present he can't comprehend. 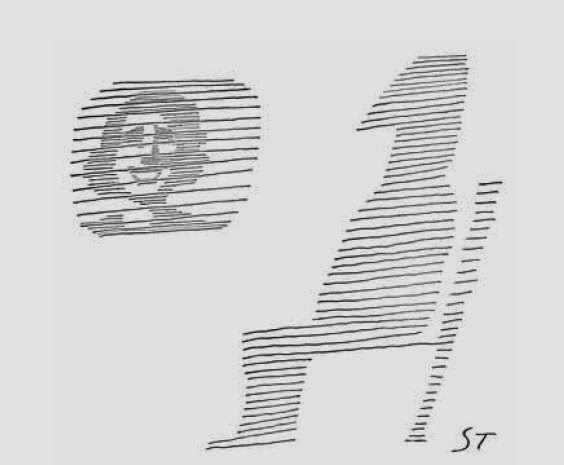