Is She J E Millais's "Mariana" or Ray's "Charulata"?


I consider myself lucky that I saw "The pre-Raphaelites at Tate Britain - audio art tour" on Guardian, September 11 2012.

I spent hours going through it.

When I saw following picture, I was reminded of Satyajit Ray's "Charulata", 1964.

Charulata is a "story of a lonely housewife, known as Charu (Madhabi Mukherjee), who lives a wealthy, secluded and idle life in 1870's Calcutta."

("Charulata" has been on this blog before here and here.) 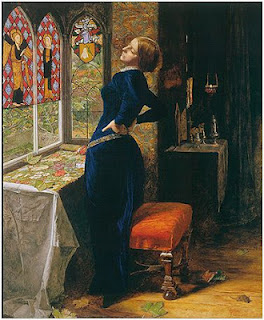 "This painting is an allegory of Victorian sexual repression and the longings of women trapped in dreary lives. Mariana is a character from Shakespeare’s 'Measure for Measure', a play that satirises sexual hypocrisy. Millais’ contemporary, the poet laureate, Alfred Tennyson, laments the domestic incarceration of Shakespeare’s character in his poem Mariana, which Millais quoted when he unveiled this painting: "She said, ‘I am aweary, aweary, / I would that I were dead!’"" 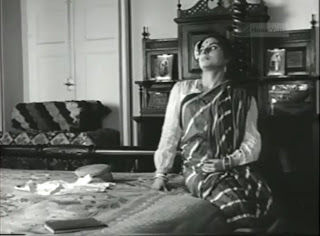 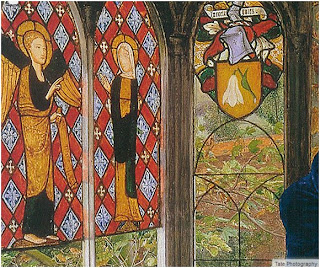 "Christian saints in a stained glass window literally obstruct Mariana’s view of the outside world, while an altar lit by a lamp reveals that she is eking out her youth in prayer." 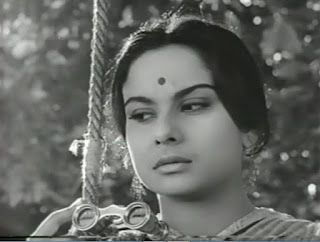 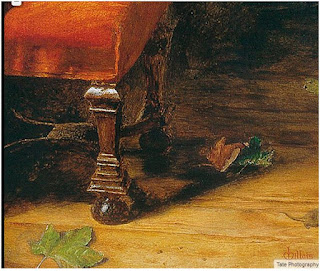 "Desolate autumnal leaves blow through the house. Time is passing, it is late in the season. Life is passing Mariana by." 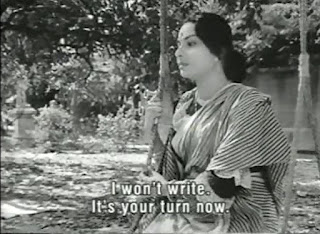 "The Lady of Shalott" is a Victorian ballad by the English poet Alfred, Lord Tennyson (1809–1892). Trapped in a sterile existence and melancholy of leaves suggests that well. 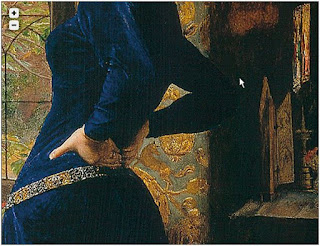 "Mariana as she stretches her sensual body is desperately bored in what looks like a 19th-century vicarage. Her pose emphasises her curvaceous hips and slender waist as Millais hymns rebellious desire."

Millais goes for bored Mariana's sexuality, her longing to be a woman in puritanical setting. Without showing us her curves, Ray does something similar to Charu by making her sexually desire Amal, her husband's cousin. 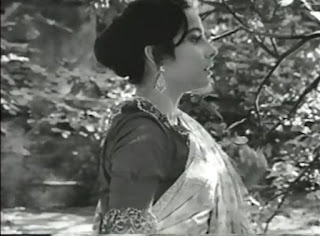 Ray's film is based on   Rabindranath Tagore's  novella "Nastanirh". Did Tagore ever see or hear about Millais's "Mariana"?
Posted by Aniruddha G. Kulkarni at 9:00 AM No comments: