"Suno Sajana Papihe Ne" from director Raghunath Jalani's "Aaye Din Bahaar Ke" (1966), composed by Laxmikant-Pyarelal and sung by Lata Mangeshkar, is one of the best songs I have heard.

I never tire of listening to it. Although I am already fifty Shravans old, it creates excitement for the fifty-first!

Towards the end of the song there is a sequence on a swing. 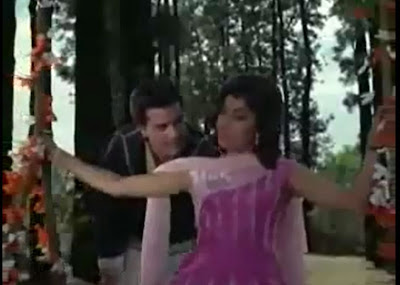 Now watch another sequence on a swing from Satyajit Ray's "Charulata", 1964 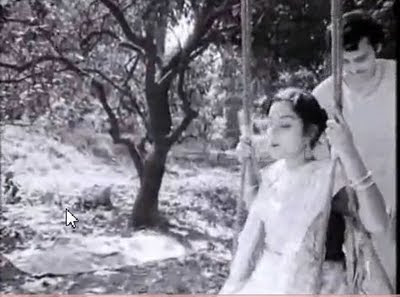 Notice how, towards the end, camera rides with Madhabi Mukherjee (Charulata) looking at Soumitra Chatterjee (Amal).

I was stunned when I first noticed it.

Normally, for me, a good cinema almost always loses to a good book except The Godfather. But this sequence brings out the power of the cinema.

If a writer were to describe Charulata's confusion, her dilemma about her feelings towards cousin-in-law Amal, it would take more effort and time- even for Tagore or Tolstoy- than what Mr. Ray accomlishes so elegantly by that rocking camera.

And don't we all know how different the world looks from a swing?

Once I saw 'Charulata', I always thought what a disappointment 'Aaye Din Bahaar Ke' scene was. The song is divine but the director's treatment is so pedestrian.

Mr. Jalani could have learnt a lot just watching 'Charulata' which was released almost 2 years earlier than his own film.

And finally a swing on which I wish I sat one day... 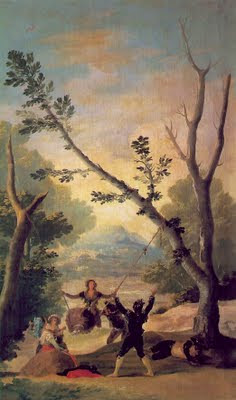 "The Swing" Artist: Francisco Goya, Completion year: 1779
Posted by Aniruddha G. Kulkarni at 9:00 AM No comments: Links to this post