It says: “If the National Commission for Protection of Child Rights has its way, school officials could now land in jail even for scolding students or calling them "stupid" or "mindless" in class.

Expanding the definition of corporal punishment to cover any form of adverse treatment—from scolding to death—the National Commission for Protection of Child Rights (NCPCR) has urged parents to be fearless in filing FIRs against schools if children complain of such abuse. On Thursday, the commission directed the chief secretaries of states to ensure that complaints by parents against schools were treated on an immediate basis.

As per the directive issued by NCPCR chief Shanta Sinha, the term corporal punishment would cover "rapping on the knuckles, running on the school ground, kneeling down for hours, standing up for long hours". Beating the child with a scale (ruler), pinching and slapping, sexual abuse, torture, locking up children alone in classrooms, electric shocks and acts leading to insult, humiliation, physical and mental injury, and even death also count as corporal punishment, she said.

Under the new directives, even written impositions are a no-no. "Even calling a child an idiot or stupid or mindless, or asking him or her to write sentences condemning their mistakes in class or slapping a child are a severe insult and humiliation for the child," Sinha told TOI. "These acts are also corporal punishment and constitute a breach of human rights. So, we want to empower parents to lodge FIRs against school officials if their children have been subjected to such violence. And all state education departments have to ensure that no adverse action is taken against these kids in school for complaining against them."
”
I think this is a retrograde step. As it is students these days are treated more like ‘customers’ than students. With this step, discipline has little chance of survival on school campuses.

I remember at my school from 1969-76- Miraj High School-some teachers were known more for their ability to discipline students than teaching.

The late Apte-sir, known amongst us ‘Tiger Apte’- was one such. Stories abounded how so and so was beaten black and blue by him I almost never saw him beating any one but I guess no one wanted to verify the stories! But I remember how the late Bhagwat-sir, school superintendent, beat gregarious P D Joshi, our class mate, in 9th standard Sanskrit class. Mr. Bhagwat was trembling with anger. We were more worried about him than P D Joshi, who was a tough cookie. (By the way, PD's father was a teacher in our school. So maybe there was more to this incident than just class discipline!)

There is a January 1783 letter of Gopika-Bai, grand-mother of Peshwa (head of the Maratha Confederacy and the most powerful chieftain, French and British included, in 18th century India) asking the teacher of her 9-year old grand-son not to hesitate punishing the future Peshwa in private.
(Source- ‘Peshvekalin Maharashtra’ by V K Bhave- December 1935) 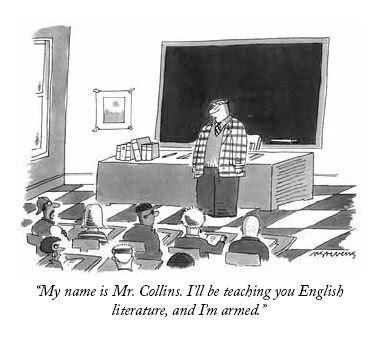 p.s Our Apte-sir also taught English!
Posted by Aniruddha G. Kulkarni at 11:41 AM No comments: Links to this post