"As per Mahabharata (MBh 1.3), on one rainy night Aruni's preceptor Dhaumya Muni asked him to supervise water flowing through a certain field. Aruni went there and found that water had breached the field and was moving away from its designated path. Aruni tried to stop water by all means but was unsuccessful. Left with no other way, Aruni lay down on the breach and prevented the water flow using his body. Due to this Aruni did not return to the hermitage in the night. Later in the morning, Dhaumya Muni came to the spot in search of Aruni with other disciples. Upon seeing the dedication and sincerity of Aruni, Dhaumya was very pleased upon Aruni and gave him the title Uddalaka. Later Aruni became very famous under the name Uddalaka Aruni..."

Gore Vidal's advice to a young writer in the late 1960s:

“Never miss a chance to have sex or appear on television.”

In 1984 I did not know the late Mr. Vidal's wisdom but I wanted to write for 'Abhiruchi' (अभिरुचि) magazine. 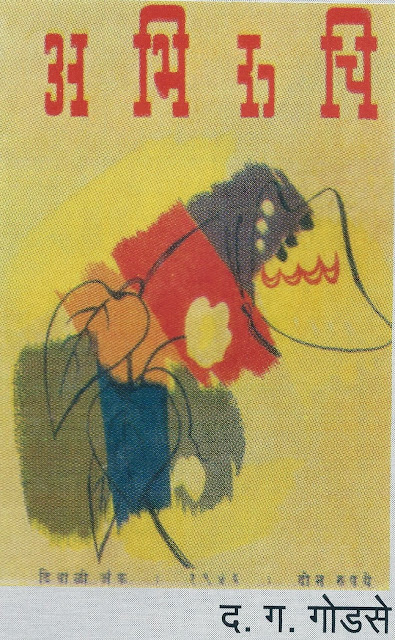 Abhiruchi of course has been dead now for a while. But not too long before it died, it burned brightly for me.

It published a couple of my own Marathi short stories.

My joy was limitless. It still gives me goosebumps after almost thirty years.

I attempted to write something for the first time after completing my education in July 1983 and there I was: Getting published in one of the most avant-garde magazines in Marathi. [Who didn't write for Abhiruchi? It was as 'brow' as Satyakatha (सत्यकथा)]

I am sharing here the first story that was published in the joint issue of  March-April 1984. (Note - the magazine was already on  the 'joints'.)

My only regret now- there are no pictures in it.

I had seen the desperate pursuit of USA by the students of  IIT, Madras. Those days to get yourself a good school for M.S, you not just needed a good GRE score (that most of them got easily anyway) but also a recommendation of an IIT teacher.

In the story, I imagine that Aruni too is angling for a recommendation by his teacher Dhaumya-muni to go abroad. 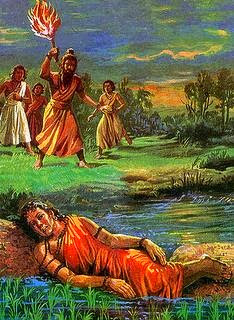 
(If you read Marathi and wish to read the following pages, I advise you to open each of them in your browser's new tab and then use magnification tool. Scanning has been done by my son on a brand new high quality scanner.) 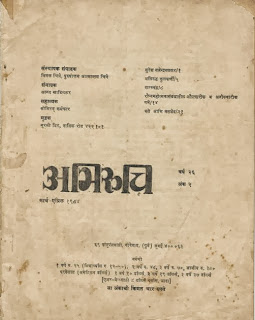 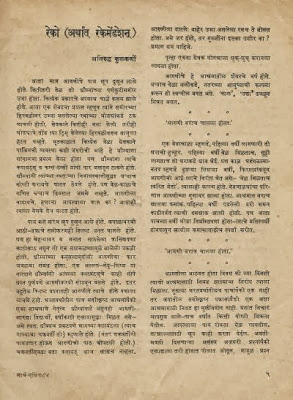 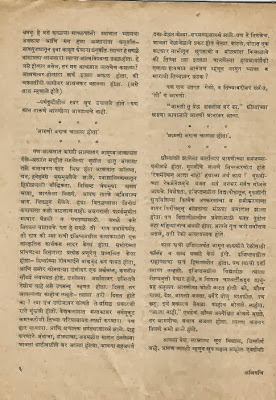 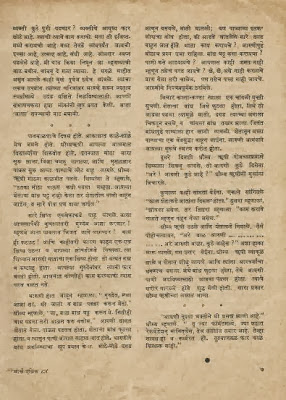 This is the not the end of the story!

My story was attacked by a reader- Mr. G R Phatak of Mumbai. Following is his letter published in the issue of January-February 1985.

So I was not just published but was also noticed and not just noticed but was considered worthy of a scathing attack!

What more a young writer wants...I had received my recommendation! 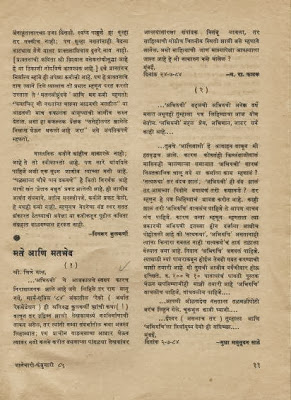 Posted by Aniruddha G. Kulkarni at 9:00 AM 5 comments: Links to this post