Ignoring the wisdom of the crowd, I went to Assam to work for a transnational FMCG giant in July 1989. I have referred to my stay in the east from time to time on this blog.

Today November 8 2015 is 25th anniversary of the event that shook middle class foundations of our lives.

Apparently under the death threat  by The United Liberation Front of Assam, we were evacuated from Upper Assam, with the help of India's defense forces, on the morning of November 8 1990.

My wife who was not keeping well and I remember almost every minute of that day.

The Indian Airlines flight that was supposed to take us from Sookerating airport to Kolkata developed a snag. A spare part for it was carried by another commercial plane and by the time we reached Kolkata, it was dark.

Media had gathered outside the airport. We were told not to open our mouths. We were whisked away to a city five star hotel.  Then there was a rumor that the ULFA gunman had reached the hotel and so were taken to the company guest house not too far from the hotel.

If the electronic media then were to be anything like today's, I would be famous for more than 15 minutes. 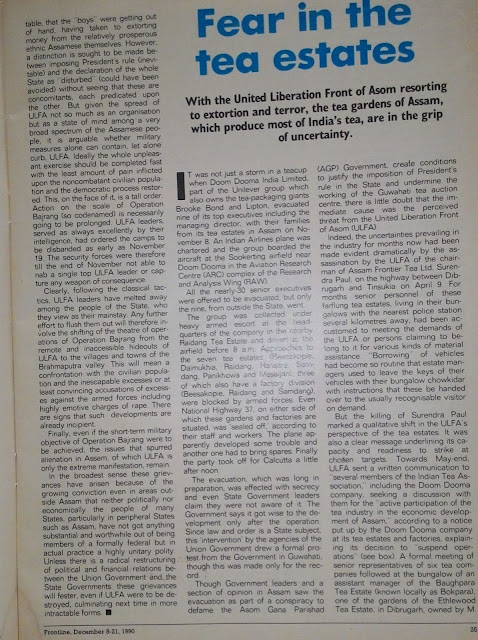 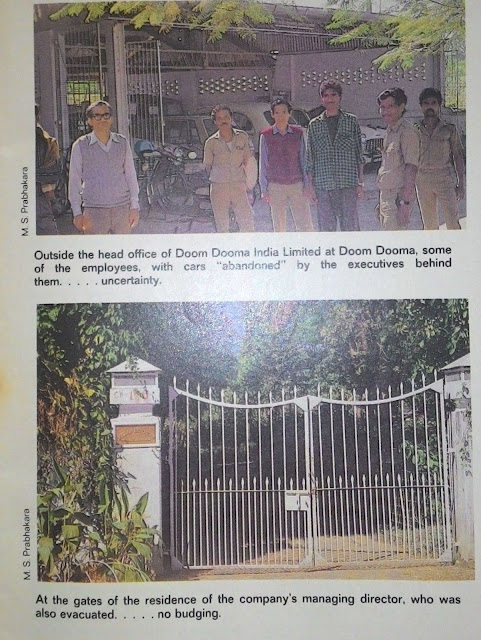 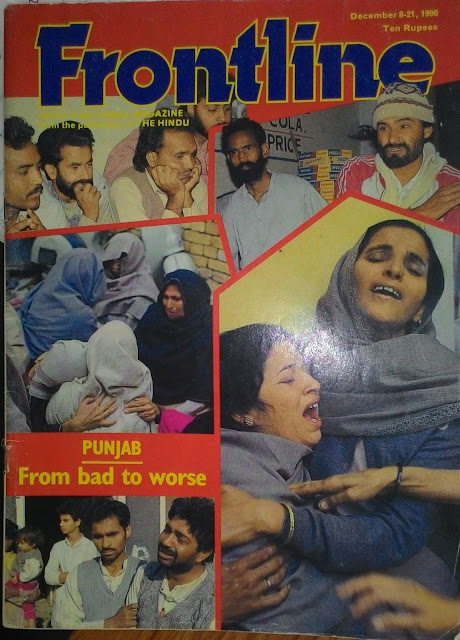 p.s. Despite so much of turmoil in Assam and our lives, the cover of the Frontline has heart-rending images of Punjab and there is no mention of Assam!

There is a message in it: It's perspective and proportion, stupid!
Posted by Aniruddha G. Kulkarni at 9:00 AM No comments: