Robert Nye यांनी लिटररी रिव्यू , मे १९९४ साठी 'The Oxford Companion to Twentieth Century Poetry in English' By Ian Hamilton (ed) चे परिक्षण लिहले.
"... Looking about the Cheshire Cheese public house at the assembled members of the Rhymers’ Club, Yeats is reported to have said, ‘We are too many.’ The same thought occurred to me on first looking into The Oxford Companion to Twentieth-Century Poetry in English. Here are 1500 writers of all sorts of verse, from 1900 to the present, ranked in alphabetical order, plus 100 entries on topics such as Rhyme, Traditional Forms, Verse Drama, Syllabics, Concrete Poetry, and so forth. The result is at once a reference book and a sort of map of critical opinion regarding the current verse trade. It should prove useful to public libraries, and the odd individual reader might get pleasure or instruction from the odd individual entry..."

KOLATKAR, Arun Balkrishna
(1932– ),
was born in Kolhapur and works as a graphic artist in a Bombay advertising agency. He is one of the few genuinely bilingual poets of contemporary India, writing in both English and Marathi. Although his poems have appeared in a number of anthologies and journals in India, Britain, and the United States, his only two published collections to date are Arun Kolatkarchya Kavita (a selection of his Marathi verse) and a collection of thirty-one linked poems in English, Jejuri (Bombay, 1976). For this volume, he was awarded the Commonwealth Poetry Prize. Notable among his uncollected verse is the long poem, ‘The Boatride’ which was originally published in Arvind Mehrotra's short-lived little magazine, Damn You. It has subsequently been published in R. Parthasarathy's Ten Twentieth Century Indian Poets (Delhi, 1976).
Kolatkar's most sustained achievement, Jejuri, ostensibly records a pilgrimage to the temple of Khandobi at Jejuri, a small town in Western Maharashtra. The poet views Hindu tradition sceptically. His laconic verse borrows something from the medieval bhakti poets of Maharashtra, especially Tukaram (who Kolatkar has translated into English), and juxtaposes this with the relaxed diction of the American Beat poets. An idiosyncratic humour pervades much of Kolatkar's writing; it derives some of its force from viewing commonplace detail at an unaccustomed angle. In the short poems this can produce original, surreal effects. Longer poems, notably ‘Ajamil and the Tigers’, display a skilfully sustained handling of narrative and irony.

CHITRE, Dilip Purushottam
(1938– ),
was born in Baroda, where he had his early education. His family moved to Bombay when he was 13. After taking a degree in English from Bombay University in 1959, he went to Ethiopia for three years to teach in schools, and in the late Sixties and Seventies he was associated with the magazine Quest (now New Quest), for which he wrote essays, reviews, and a regular column of comment. He has edited An Anthology of Marathi Poetry: 1945–65 (Bombay, 1967), doing most of the translations himself, and his translations of Tukaram (seventeenth century) are collected in Says Tuka (New Delhi, 1991). He has also directed a film and held exhibitions of his paintings.
A prolific writer in two languages, Marathi and English, Chitre has created a large body of work, much of it uncollected. Travelling in a Cage (Bombay, 1980), his only book in English so far, contains merely a fraction of his English poems. The title poem was written between 1975 and 1977, when he lived in the United States. Its epigraph, ‘The heart is placed obliquely in the chest’ is from Gray's Anatomy, and a sexual encounter, not always obliquely dealt with, appears to be at the heart of the sequence. Chitre sees language, sex, even death, as a prison or cage, with self-murder, ‘the greatest of all forms’, holding the key to freedom. The book's shorter poems play down his De Profundis side, and employ a plainer, less inwardturning voice and a raconteur's tone.
Travelling in a Cage might be difficult to find, but poems from it are available in two recent anthologies, Indian English Poetry since 1950, ed. Vilas Sarang (Bombay, 1989), and The Oxford India Anthology of Twelve Modern Indian Poets, ed. Arvind Krishna Mehrotra (Delhi, 1992). For a discussion of his work,
see Modern Indian Poetry in English, by (Delhi, 1987).
(सौजन्य: ऑक्सफर्ड प्रकाशन) 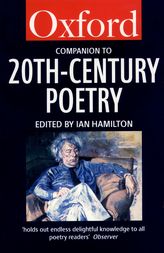