Chess Itself Will Always Win

In one of the greatest sports events India has hosted, Vishwanathan Anand,  an Indian and his nation's greatest sportsperson along with Major Dhyanchand,  will try to defend his title against Magnus Carlsen, a Norwegian, from today November 9 2013, in Chennai...


"Apart from homosexuals, only chess players have found a reliable way to bridge, intensely but without fatal violence, the gulf that separates any two men"

"Novels and films about the game, especially Nabokov's The Luzhin Defence, have focused on eccentrics, leading to a popular assumption that all chess players are bonkers. But Kasparov takes a more prosaic view. "Exceptional cases like these ... make it easy to ignore the vast majority of chess players who are entirely unexceptional apart from their capacity to play chess well." Just because there are some mad chess players doesn't mean all chess players are mad"

"...The most awkward problem remained, however: how to make cinematically interesting the act of chess-playing and the relationship of the nawabs’ game to the larger political one. For months Ray wrestled with this and with his dislike of the King’s character. ‘You see, the problem was to interweave the main story with Wajid and the British and the whole business of annexation’, he wrote to Saeed Jaffrey (Mir) in May 1976, seven months before shooting began. ‘Also, to establish the idea of obsession –which is basic to the development of the story – with a game which is basically abstract and intellectual. If it had been gambling, there’d be no problem. But the beauty of the story lies in the parallel that Prem Chand draws between the game and the moves of the crafty Raj leading to the “capture” of the King.'..."

Chess has appeared on this blog a few times earlier. Most volubly on December 19 2007 here.

I then thought the film "North By North West" described the knight's move on a chessboard. Munshi Premchand / Satyajit Ray's 'Shatranj Ke Khilari', 1977 remains one of the better films I have seen as much for its cinematic qualities as its title. As a kid I was attracted to a lousy Hindi film (despite very good music) 'Shatranj',1969 once again because of its title.

I have watched Ray's film a few times and I feel there is a lot of truth in Michael Chabon's quote above.  Mirza Sajjad Ali and Mir Roshan Ali are 'closer' to each other than to their wives.

When I was a 'chess-nut', I too felt a kind of 'closeness' to fellow chess playing men, I have seldom felt later.


At Miraj, as kids, occasionally, we used to stop by a Muslim graveyard and witness, and even participate in, the chess being played near its entrance. I never thought it was a big deal but some of our relatives were 'concerned' with our visits to a graveyard.

A lot of Marathi speaking people have become very good chess players, indeed Grandmasters, but there is hardly any art-  including poetry, short stories, novels, music, paintings- created by Marathi speaking artists focused on the sport.

Vladimir Nabokov has written a novel 'The Defense'. It is considered far and away the best novel written about chess players.

Dominic Lawson writes about the book:

"It deals with chess and madness, which is an intriguing topic, because it’s often said that chess grandmasters have a propensity to insanity. Statistically, it’s probably not true, but, nonetheless, people think about Fischer, they think about [Wilhelm] Steinitz, the first undisputed world champion who went insane, and there were others as well, such as [Paul] Morphy and [Akiba] Rubinstein. The great mystery to me, which this book touches on, is that it’s often said that these people are driven mad by chess, when actually it might have been the other way around – chess was the only thing that kept them from going off the deep end. It’s when they get away from chess, or try to break away from it, that their characters disintegrate. Fischer’s lunacy, if that’s what it was, broke out in full force when he abandoned playing the game. Within chess he was sublimely rational. They are often people who can be slightly awkward outside chess, but in chess are completely balanced.


There's a very wonderful passage in the book, showing that there are problems with chess itself for the human brain. Luzhin is playing a game in a world championship match and he’s lighting a cigarette – those were the days when you were still allowed to smoke during games – and while he’s contemplating the move he leaves the match lit and burns himself by mistake. Nabokov writes: “The pain immediately passed, but in the fiery gap he had seen something unbearably awesome, the full horror of the abysmal depths of chess.” Which is true because the variations are unfathomable. The computer has done a great deal, but it hasn’t solved it, and probably never will. So you think that you’re battling another person, but there is actually something much more powerful that you’re battling, which is chess itself. And chess itself, it seems, will always win." 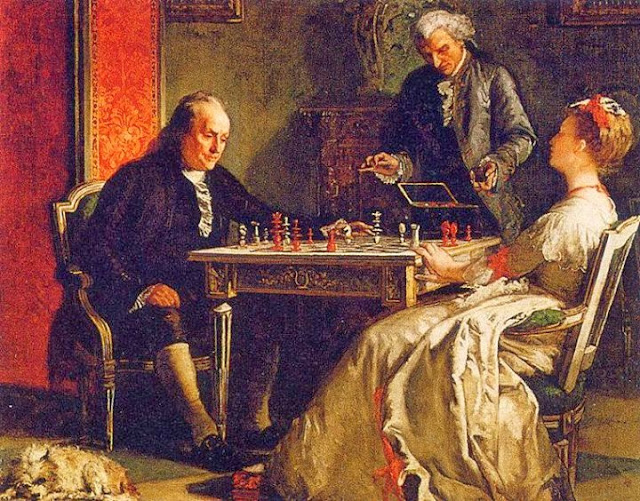