His blog has these beautiful lines from his father's Madhushala:

“…I was due to travel out tonight but a small problem has arisen. I developed a pain in the stomach much like the one I got last birthday. And it happened just when I was getting set to leave from London. So I travelled home in order that I may be in a climate that understands my condition, rather than stay back in alien country and subject myself to a medical from those that are unaware of my history. I drove straight to my doctor on arrival late last night and after some external physical examinations was subjected to CT scans this morning. The results do not show anything, but the trouble exists, albeit in a much smaller scale than the last time. Some more tests have been advised tomorrow. I have therefore postponed my travel until there is a fix on the problem and a possible line of treatment. I would not want to get moving again and land up in unknown territory and end up in hospital. Its disturbing to be in such state. Frustrating that despite extreme care a repetition of this problem keeps occurring…”

Note: “Frustrating that despite extreme care a repetition of this problem keeps occurring.”

Today, the average life span in developed countries is almost eighty years. If human life spans depend on our genetics, then medicine has got the upper hand. We are, in a way, freaks living well beyond our appointed time. So when we study aging what we are trying to understand is not so much a natural process as an unnatural one. Inheritance has surprisingly little influence on longevity…

If our genes explain less than we imagined, the wear-and-tear model may explain more than we knew…

Nonetheless, as the defects in a complex system increase, the time comes when just one more defect is enough to impair the whole, resulting in the condition known as frailty. It happens to power plants, cars, and large organizations. And it happens to us: eventually, one too many joints are damaged, one too many arteries calcify. There are no more backups. We wear down until we can’t wear down anymore…

I spoke to Felix Silverstone, who for twenty-four years was the senior geriatrician at the Parker Jewish Institute, in New York, and has published more than a hundred studies on aging. There is, he said, “no single, common cellular mechanism to the aging process.” Our bodies accumulate lipofuscin and oxygen free-radical damage and random DNA mutations and numerous other microcellular problems. The process is gradual and unrelenting. “We just fall apart,” he said…” 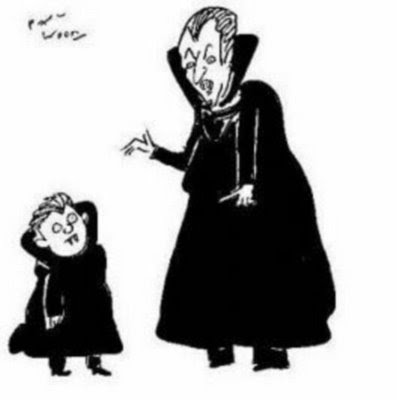 ‘Never bite old people, son, they all taste of statins.’