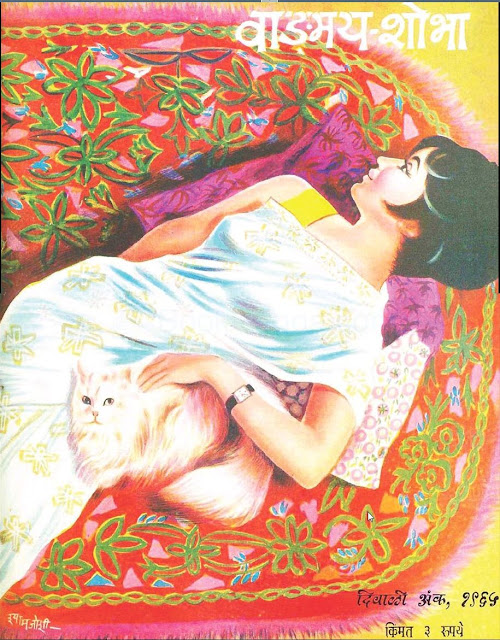 I was completely puzzled by the picture above.  I refuse to see her a day-dreaming pretty woman. I wonder what the artist was trying to do.

First I thought she was dead.

And that thought is not that ludicrous because the late Mr. Joshi was almost obsessed with the subject of death. I already have one of his marvelous cartoons on the subject, on this blog,  here.

But considering that Mr. Joshi was drawing for a Diwali issue of the magazine, I dismissed my thought. So what else was possible?


If Mr. Joshi had drawn her sitting, she would go on to make another pretty cover of "Vangmay Shobha" (वाङ्मय-शोभा). For instance, what he created a year later. 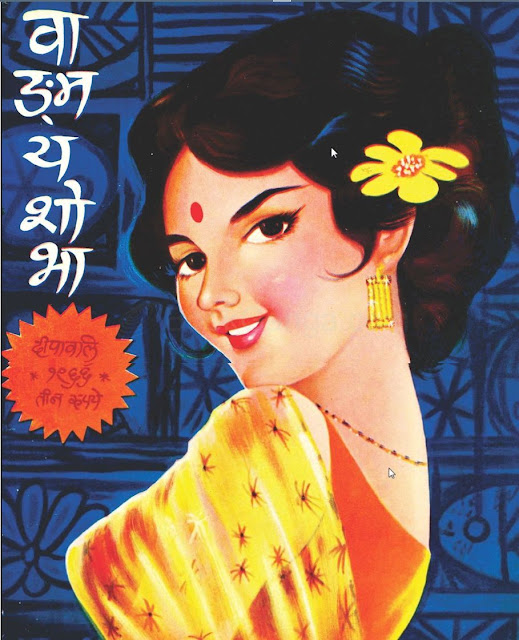 The lady in 1965 cover looked to me like a Precog from movie "Minority Report", 2002 which is based on Philip K. Dick's book published in 1956 of the same name.

Had Joshi read the book? Was he inspired by it?