The late Mr. Laxman has appeared a few times on this blog earlier, always with a picture. As he exits this world today, he enters here without a picture.

For a long time, I did not know Laxman drew 'You Said It!' for The Times of India because I was brought up looking at his pictures in a Marathi paper - Maharashtra Times (महाराष्ट्र टाइम्स) titled "Kasan Bolalat!" ( ' कसं बोललात!' )

Not every picture of Laxman was brilliant, indeed many were predictable but when he hit the bull's eye, it was sheer ecstasy.

What I thought most admirable in him was the way he appreciated and drew:  'The Bird of Birds the Indian crow'. Another guy who appreciated the species: Mark Twain!

I had a good fortune of meeting Laxman at IIT, Madras in early 1980's. Unfortunately, I had not been able to get into the hall where he had lectured and drew earlier but I lined up with hundreds to get his autograph at the end of it.

Posted by Aniruddha G. Kulkarni at 8:41 PM No comments: Links to this post

I Hope She Uses Her Breasts to Promote World Peace!

The Miss Universe Pageant from Doral, Miami, US will air on today Sunday January 25 2015. 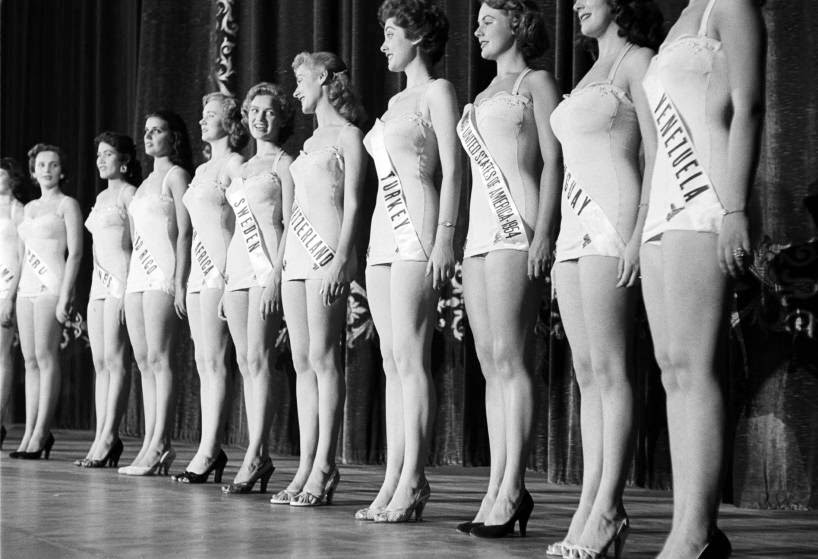 
I will not watch the event. But the picture like the one above always reminds me of two things-

Naughty the late Peter Arno's picture below and

"Whose Line Is It Anyway?" participant making fun of a Miss World contestant by saying: "I'd like to use my breasts to promote world peace." 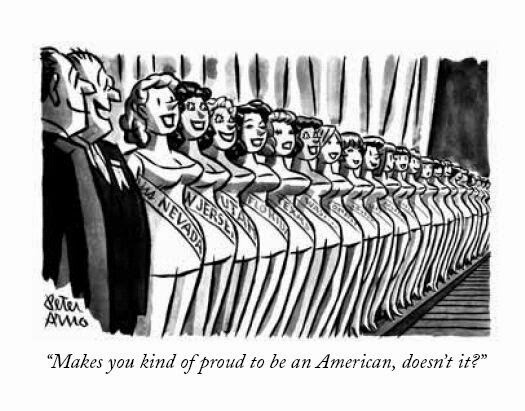 Artist: Peter Arno, The New Yorker, September 10 1960
Posted by Aniruddha G. Kulkarni at 9:00 AM No comments: Links to this post 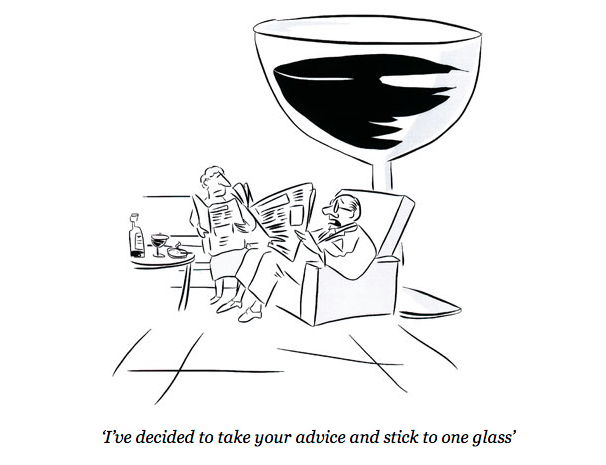 courtesy: The Spectator UK
Posted by Aniruddha G. Kulkarni at 9:00 AM No comments: Links to this post

Today January 19 2015 is 123rd birth anniversary of C V Joshi (चिं वि जोशी), one of the greatest Marathi writers of all time


Most people know 'The Billows Feeding Machine'  from  Chalie Chaplin's 'Modern Times', 1936 and its tragicomic usage on Charlie. 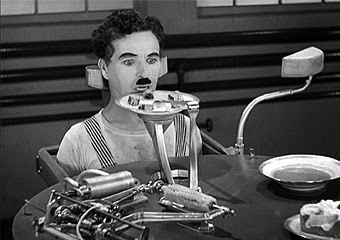 But I did not know the existence of banana frittering machine by W Heath Robinson (1872-1944)!

I learnt it from Robert Butler's essay 'RAPT BY HEATH ROBINSON', December 9 2014 for 'Intelligent Life'. 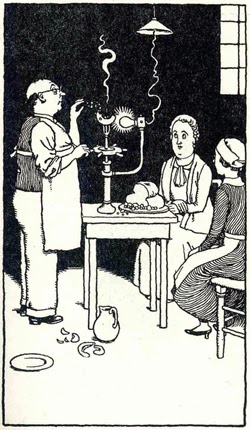 Frittering a Banana by Electricity

Mr. Butler writes about the drawing:

"...Part of the comedy in a Heath Robinson drawing lies in the gap between the crazy elaborateness of the contraption and the modest demands of the task in hand: extracting juice from a lemon, say, or peeling a potato. There’s a simple pleasure in seeing how cogs, wheels, pulleys, levers, tubes, ropes and bits of string might achieve these ends. In one black-and-white picture in the exhibition (above), a cord comes down from a lampshade to a lightbulb that’s fixed at a right-angle to face a banana that’s stuck on an upright fork that itself is turning on a wheel that is attached to a candlestick holder. The title is “Frittering a Banana by Electricity”.
But another part of the appeal of the drawing comes from the three people in the picture—the matronly wife and young maid, both sitting patiently, and the stout middle-aged man (with his apron on) who is standing up doing the cooking. The figures carry the same air of rapt attention as the figures in “The Orrery”. Lookers-on have a central importance in Heath Robinson's work as they allow him to capture a cosy but solemn, largely male, largely bourgeois world of boaters and top hats, stripey pyjamas and eiderdowns, spectacles and turn-ups, tea-pots and hot-water bottles. So often, the machines these men have devised are tackling thoroughly first-world problems: from a self-operating napkin to an apparatus designed to convey green peas to the mouth, to a device for taking a photograph of yourself (the first selfie). These are men who will go to extreme lengths to make life slightly more comfortable for themselves..."


When I looked at the picture, two things struck me-  the matronly wife and the man, who reminded me of C V Joshi's 'Chimanrao' (चिमणराव).

I don't recall anything written by Joshi to satirise the mania for machines but I can imagine how he could have.
Posted by Aniruddha G. Kulkarni at 9:00 AM No comments: Links to this post 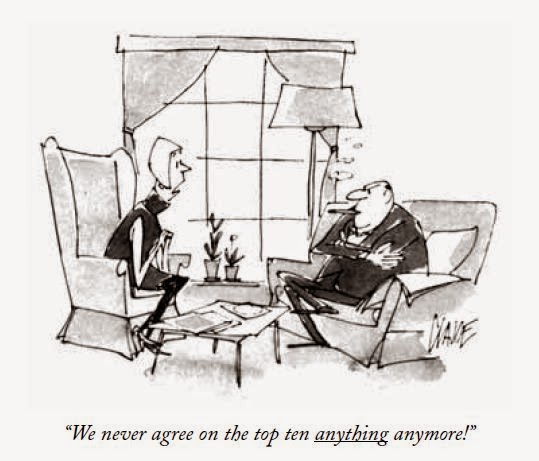 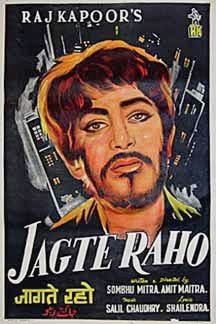 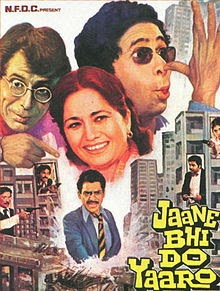 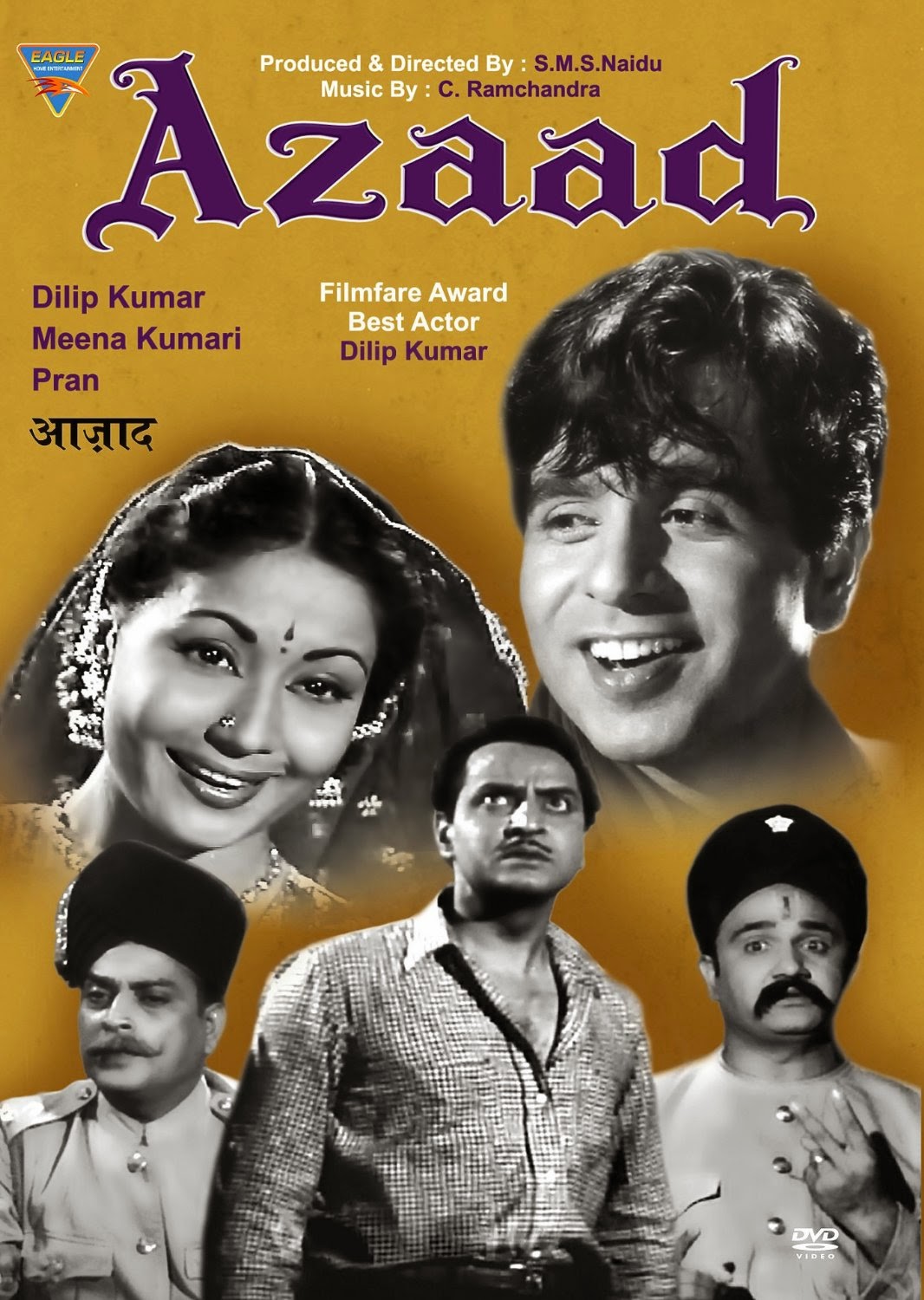 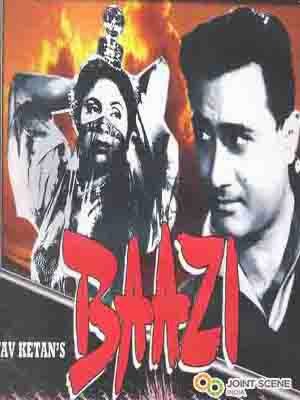 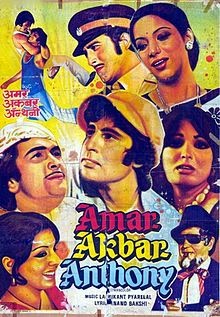 I wish to write a short essay of appreciation on each of them some time this year.

Myths of Salvation and Bringing Babies


"The prevalence of those gray flakes falling?


They are sun motes. You have slept in the sun


Longer than the sphinx, and are none the wiser for it."


"...There are, of course, differences between scientific and religious myths. For one thing, scientific myths are far less long-lived than religious ones. The great faiths of the world daily turn to myths that are thousands of years old and find truth leaping off the page as they read them. Scientific myths, on the other hand, do well if they last more than a century. Who today reads Newton? Both kinds of myth seek evidence in their support. The difference here is that scientific stories seek empirical evidence – and when the empirical evidence fails, the myth fails too, which is what appears to be happening to the selfish gene. Conversely, religious myths seek proof of a more personal kind. These myths work when they speak in their details about the truths of life..."


“...‘That mathematics reduces in principle to formal proofs is a shaky idea’ peculiar to this century,  (William) Thurston asserts. ‘In practice, mathematicians prove theorems in a social context,’ he says. ‘It is a socially conditioned body of knowledge and techniques.’ The logician Kurt Godel demonstrated more than 60 years ago through his incompleteness theorem that ‘it is impossible to codify mathematics,’ Thurston notes. Any set of axioms yields statements that are self-evidently true but cannot be demonstrated with those axioms. Bertrand Russell pointed out even earlier that set theory, which is the basis of much of mathematics, is rife with logical contradictions related to the problem of self-reference… ‘Set theory is based on polite lies, things we agree on even though we know they’re not true,’ Thurston says. ‘In some ways, the foundation of mathematics has an air of unreality.’...”


"Indians had mastered aviation thousands of years before the Wright brothers, claimed a controversial paper presented at the 102nd Indian Science Congress here on Sunday..."

This has created quite a flutter.  Of all of the comments against it, I liked this one best: “…The knowledge of our ancient heritage has been rather readily available over the recent past, as any Google search would show, to anyone who seeks it. But today this ancient heritage is being invoked as a weapon, not for the advancement of science but to suppress it. It has taken the form of a chauvinism that suggests we have nothing new to learn, we already knew it all... “ (Hartosh Singh Bal, The Caravan, January 8 2015)
I was amused by the claim of ancient India's flight in aviation but not outraged by it  because even today's science and its supporters- mostly secular liberals- too make such claims. As John Gray puts it: Science has not displaced mythical thinking but has instead become a channel for it.

It is not just some speakers at the 102nd Indian Science Congress  need to see the world and themselves more as they really are but can the rest of us shake off our need for myths, the principal among them is: salvation through science?

"...Modern myths are myths of salvation stated in secular terms. What both kinds of myths have in common is that they answer to a need for meaning that cannot be denied. In order to survive, humans have invented science. Pursued consistently, scientific inquiry acts to undermine myth. But life without myth is impossible, so science has become a channel for myths – chief among them, a myth of salvation through science. When truth is at odds with meaning, it is meaning that wins. Why this should be so is a delicate question. Why is meaning so important? Why do humans need a reason to live? Is it because they could not endure life if they did not believe it contained hidden significance? Or does the demand for meaning come from attaching too much sense to language – from thinking that our lives are books we have not yet learnt to read?..."

('The Silence of Animals: On Progress and Other Modern Myths', 2013) 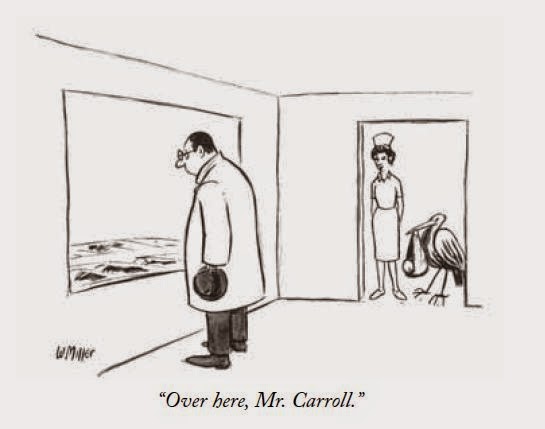