When I was at IIT, Madras, deer on its campus outnumbered cats and dogs there. 1982-83 was a drought year in Madras. Deer seemed to be suffering a lot. They used to eat anything organic they came across, like Surf cartons!

But I never heard them appearing on dinner plates. I understand it changed in later years.

I am not a vegetarian. In fact, I have tasted even (legal) venison in Arunachal Pradesh at a lunch thrown by a tribal chief, but I still balked when I read this:

“EVERY year, 15 million licensed hunters head into America’s forests and fields in search of wild game.

Rest of the article is justification of this slaughter across USA.

I once told my WASP American colleague: You have to kill something at every mealtime. 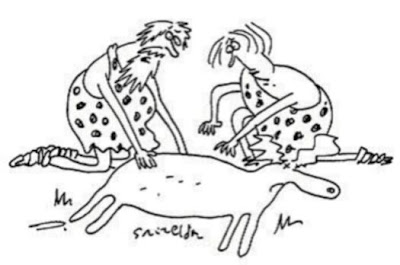 ‘Ugh! There’s so much packaging!’