Say No to Arun Bhatia because he calls Pune “Poona”!

“…Without the British Empire, there would be no Calcutta; no Bombay; no Madras. Indians may rename them as many times as they like, but they remain cities founded and built by the British…”

On a TV program that was telecast on Marathi news channel IBN-Lokmat on April 21, 2009, Arun Bhatia, a candidate for Pune Loksabha seat, was heckled by studio audience because he called the city of Pune by its old and legitimate name: Poona.

And on the same day I read following in NYT:

“Name Not on Our List? Change It, China Says:

… The bureau’s computers, however, are programmed to read only 32,252 of the roughly 55,000 Chinese characters, according to a 2006 government report. The result is that Miss Ma and at least some of the 60 million other Chinese with obscure characters in their names cannot get new cards — unless they change their names to something more common…”

Chinese government wants people to change their names to suit the national database!

“…The Indian economy grew fast in the last five years, but remained far behind China’s. India’s big population makes its GDP look big, but also means it has the largest number of poor people, infant deaths, maternal deaths in childbirth, and highest child malnutrition in the world. India cannot end Maoist violence in 160 of its 600 districts or insurrections in Kashmir and the North-East. The Indian state looks weak and incompetent even as the Chinese state looks strong and competent…

… India scarcely matters. It is still a country that instinctively seeks aid and foreign concessions. On the international scene, it is a taker, not a giver. China, however is now a giver. In the proposed expansion of the IMF’s lending, China has offered to supply $40 billion, against $100 billion from Japan and possibly the US. India does not figure in this giver’s list — it would rather be a receiver.
Even as China gets hyphenated with the US, India is getting re-hyphenated with Pakistan via Islamic militancy…” 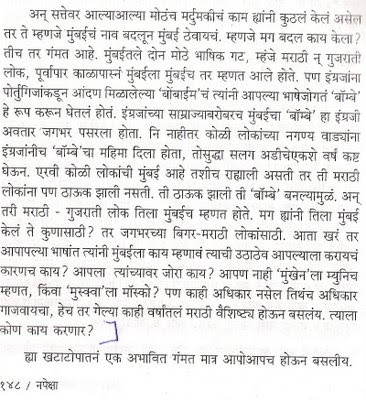