Devaki Unlike Danaë Did Not Meet a Titian

"...The most we can say is that, although Titian’s portrayals of women inviting or – in the case of his two versions of the Danaë – actually engaging in the sexual act were painted for rich men to enjoy in private, they are the work of an artist who loved women and understood them with a tenderness and understanding that may have eluded his erotomaniacal best friend, who wore his sexuality like a badge of honour while Titian revealed his in a way that speaks to us across the centuries more persuasively than words..."

There are so many parallels between Greek and Hindu mythologies.

I recently realised the common theme in Devaki's and Danaë's.

Although great literature based on Hindu mythology exists in India, the great paintings based on them, unlike Greek mythology, don't.

A case in point is the following painting based on the myth of Danaë. ( "Disappointed by his lack of male heirs, Acrisius asked an oracle if this would change. The oracle told him that he would be killed by his daughter's son. Danaë was childless and, meaning to keep her so, he shut her up in a bronze tower or cave. But Zeus came to her in the form of golden rain, and impregnated her. Soon after, their child Perseus was born..."...Perseus goes on to kill Acrisius...) 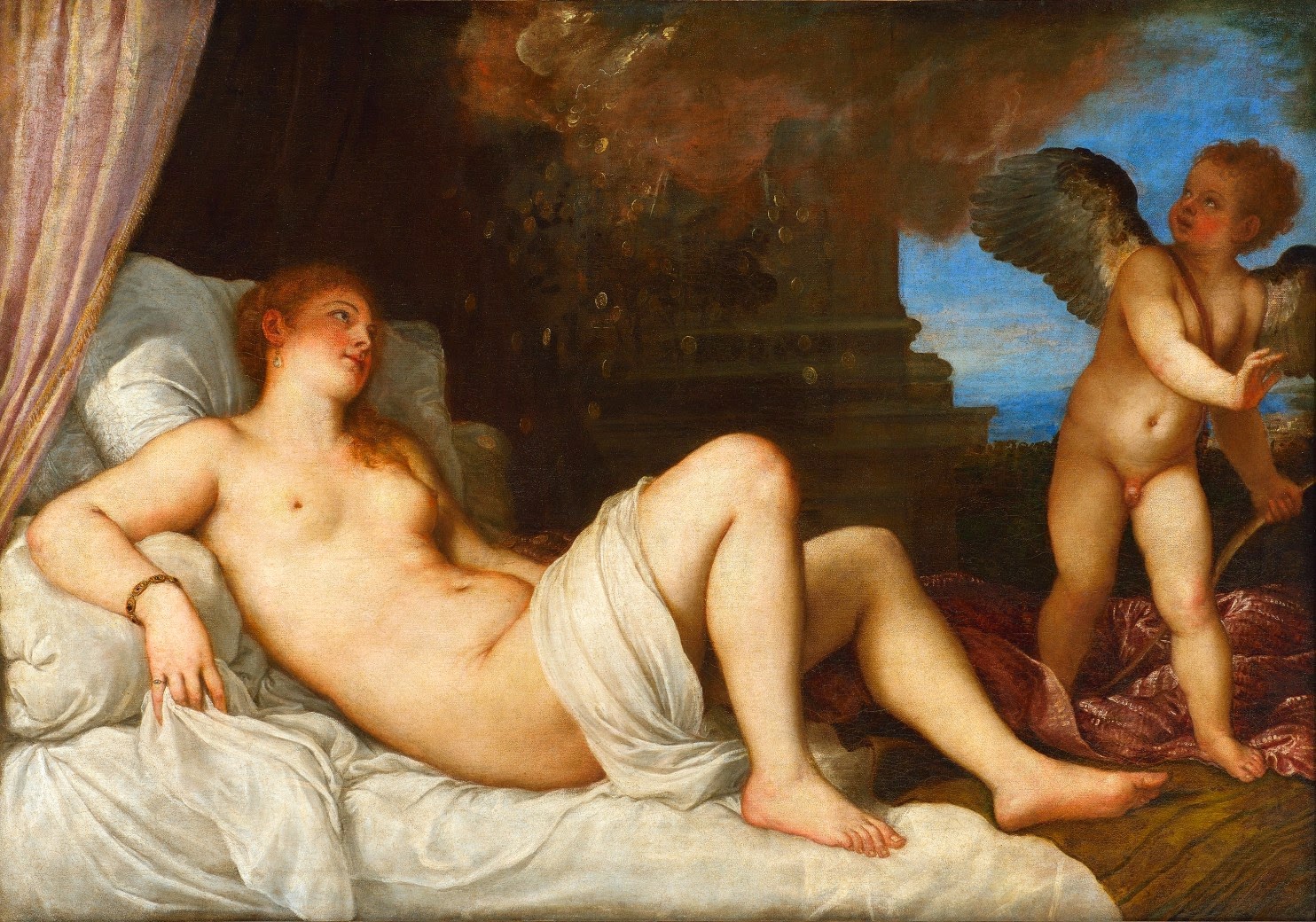