“...I surprised Franz Kafka in his office studying a catalogue of the Reclam-Bücherei.
‘I am getting drunk on book tides,’ said Kafka. ‘Books are a narcotic.’
I opened my brief-case and showed him the contents.
‘I am a hashish addict, Herr Doktor.’
Kafka was amazed.
‘Nothing but new books!’
I emptied the brief-case on to his writing-desk. Kafka took one book after the other, turned the pages, read a passage here and there, and returned me the book.
‘And you are going to read all that?’
I nodded.
Kafka pursed his lips.
‘You spend too much time on ephemeras. The majority of modern books are merely wavering reflections of the present. They disappear very quickly. You should read more old books. The classics. Goethe. What is old reveals its deepest value – lastingness. What is merely new is the most transitory of all things. It is beautiful today, and tomorrow merely ludicrous. That is the way of literature.’...”

(‘Conversations with Kafka’ by Gustav Janouch) 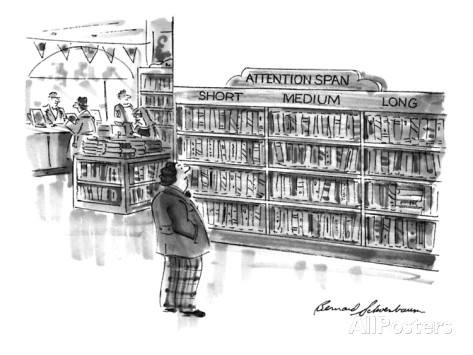 FRANCINE PROSE,   ‘Introduction’, ‘CONVERSATIONS WITH KAFKA’, 2012:
“…At some point during the time since I first read Janouch, I heard that a question had been raised about whether Kafka had really said everything Janouch claims. Readers might well wonder, especially when we notice that several of the memoir’s walk-on characters (a violin maker, a friend of Janouch’s) sound strikingly like Kafka. And how did Janouch memorize verbatim these long flights of improvisational fancy that we ourselves have to read many times before we can get them straight? Later I heard that the person most eager to discredit Janouch (a cache of letters exists in a file at New Directions) might have had some extra-literary, personal, or professional interest in the project.
In the interval between my first reading and this one, I sometimes wondered if, aware of a challenge to its authenticity, I would like the book as much as I had before. I am pleased to report that the questions raised about the book made little difference, or none at all. Perhaps the sharpness of my judgment has been blunted by the debates and doubt that have come to surround the contemporary memoir. Or perhaps I experienced a new admiration for the skill with which Janouch may have partly described and partly invented a semi-historical, semi-fictional character known as Kafka.
Rereading Janouch, I thought: If Kafka didn’t say all these things, he said some of them and should have said the rest. Perhaps he might have admired Janouch’s exploration of the line between appropriation, ventriloquism, and spirit possession: channeling, we might call it. I want to believe that Kafka said what Janouch wrote down, just as I want more than ever to pretend that I am walking in Janouch’s place, pestering Franz Kafka with sophomoric questions and thirstily imbibing the gnomic, goofy poetry of the master’s pontifications... ”
Posted by Aniruddha G. Kulkarni at 9:00 AM No comments: