"When Steinberg did the cartoon of the two men duelling in the mouth of a giant alligator, and the one with the assortment of question marks, in the early sixties, his cartoons became equal parts philosophy and art, and no part mirth.

And, truthfully, if this evolution in Steinberg’s style hadn’t happened, there wouldn’t be a five-hundred-and-ninety-one-page tome about him.

But I must admit that I’m a big fan of his early cartoons..." 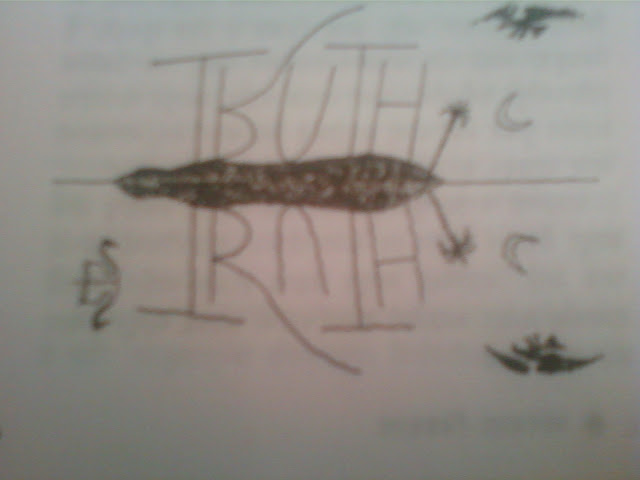 (The moment we see the picture we are amused by realizing error in it. Later when one thinks one starts to get the deeper meaning to it. There is no point demanding the absolute truth in this world; that kind of truth is impossible to attain anywhere and there is no remedy other than accepting the reality. The picture suggests such kind of thoughts.)

So what was the truth (or TᴚUTH?) about the life of the cartoonist himself? His unique identification  UID?

Deirdre Bair tries to answer it in 'Saul Steinberg: A Biography'.


What do some of the reviews say?

"The overly protective Saul Steinberg Foundation did Steinberg a huge disservice by forcing Ms. Bair to paraphrase documents and denying her the right to reprint more than a smattering of his art.

Those obstacles might not have been wholly insurmountable, but Ms. Bair does a flat job of paraphrasing, and she displays scant critical insight into the many tics, motifs and obsessions that run throughout Steinberg’s work. She also fails to convey any sense of the vaunted Steinberg charisma — although, as she says in an afterword, interviewees would typically smile at his memory and say something like, “What a wonderful man he was, and oh, how I miss him!” The wonderful man is absent from “Saul Steinberg.” In his place is a cranky, abrasive misanthrope who somehow made himself popular with many big droppable names."

'cranky, abrasive misanthrope'? So did he  look like this? 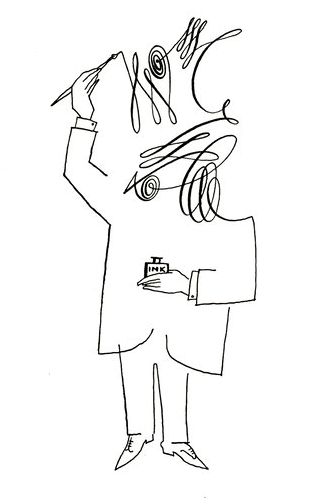 DEBORAH SOLOMON says about the book:

"...Who was Saul Steinberg? His acquaintances thought of him as an elegant dandy who seemed catlike in his refinement. In his prime, he lived on the Upper East Side of Manhattan, dined out most every night and held forth at dinner parties with piquant erudition and wit. But behind the thick glasses and mandarin mask lay a haunted figure, a fearful man who visited indignities upon himself and those around him. As Bair reveals, his love life was a string of infidelities, and crabbiness was his default mood...

...By then he had met Hedda Sterne, an abstract painter and fellow Romanian émigré who valued books and reading as much as he did. Together, they practiced speaking English and declared a moratorium on their native Romanian, “a language of beggars and policemen,” as Steinberg scoffed. They married in 1944, at City Hall in Manhattan. Just a few weeks later, they were entertaining a pregnant friend when Sterne looked out from the kitchen into an adjoining room and was startled to see her husband passionately kissing their guest. “In a way, sex was his life,” Sterne later said. “He deprived himself of true union because he was not ever in love.”..."

" He pursued affairs and even propositioned the teenage daughters of acquaintances, for which he was reprimanded by outraged parents. On one occasion, according to Ms. Bair, he invited a friend's 19-year-old daughter—a girl he had known since she was in diapers—to spend a weekend in the Hamptons in order, he said, to enjoy some time in the country. Drawing upon her interview with the girl—now an adult—Ms. Bair informs us that "in the middle of the night, she woke up, 'petrified with fear,' to find him in her bed. He embraced her, but she 'froze and wouldn't budge,' until he eventually 'just sort of gave up and went to his own bed.'"

In the quote at the top of this post, I quote Mr. Mankoff. Here is an example of  "his early cartoons...the early funny ones"

I call it UID - Aadhaar cartoon. 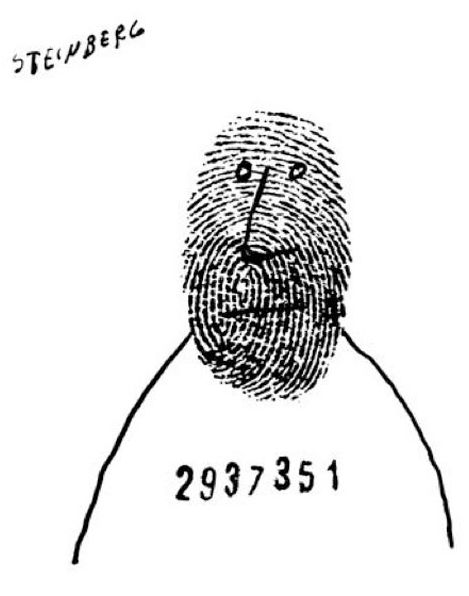