स्टीफन हॉकिंग आणि जयंत नारळीकर ....Things of Which We Cannot See the Bottom Are Not Necessarily Profound


"If Hawking were really serious about answering the ‘ultimate questions of life’ he should have realised long ago that mathematics and geometry are not the right tools for the task....Stephen Hawking has written a short, occasionally facetious, but generally reliable and informative history of classical and quantum mechanics. That is all. That he has adverted to it as an answer to the ultimate question of life is both annoying and inaccurate, but no doubt commercially sensible. Richard Feynman, the American physicist on whose work Hawking bases much of his own theory, wrote: ‘I think I can safely say that nobody understands quantum mechanics.’ Nothing has changed since Feynman’s death in 1988, and although Hawking may have a far deeper knowledge of quantum mechanics than anyone else on this planet, he still doesn’t understand it. With a little less chutzpah he might also have realised that things of which we cannot see the bottom are not necessarily profound."


John Horgan, ‘Hey, Physics, Get Real!’, 2011:
“.... But more than new ideas, physics desperately needs new facts. Budget cuts have forced into retirement the biggest American particle accelerator, the Tevatron, which helped flesh out the standard model of particle physics. Physicists pining for new data are now pinning their hopes on the Large Hadron Collider, in Switzerland. If and when that hypersensitive contraption gets up to full speed, perhaps it will stumble into a discovery so bizarre that it entices theorists lost in simulated and parallel universes back to reality.
Until then, I tell my students, if you're looking for science books that pose profound metaphysical puzzles, don't bother with the physics best sellers. Instead, check out works by Oliver Sachs, V.S. Ramachandran, and other intrepid explorers of the brain. Science's most thrilling frontier is the one inside our skulls.”

"...As well as developing his theory of the origin of the Universe, Hoyle acted as supervisor to a select group of students. One of his charges was a graduate student named Jayant Narlikar. Narlikar had been assigned the task of working through some of the mathematics for Hoyle’s theory as part of the research material for his Ph.D. He also happened to occupy the office next to Hawking’s. Hawking became very interested in Narlikar’s equations. Without too much persuasion, Narlikar shared the research material he was working on and Hawking began to develop the theories further.  During the next few months Hawking spent more and more time walking between his friend’s office and his own, clutching pages full of  mathematical interpretations in one hand and leaning heavily on his newly acquired walking stick with the other.


At this point it should be emphasized that Hawking had no malicious intent toward Hoyle or, indeed, Narlikar. He was quite simply curious about the material and was floundering with his own projects. The equations and their meaning were fascinating and perhaps initially more stimulating than his own research. Besides which, the whole approach within the department was one of shared goals and ideals.
Before too long things came to a head. Hoyle decided to make a public announcement of his findings at a meeting of the Royal Society in London. Although it was certainly not without precedent, some of his colleagues considered that he was being overly keen in doing this because the work had not been refereed. Hoyle gave his talk to around a hundred people; at the end there was warm applause and the usual post-lecture hubbub of conversation. Then he asked if there were any questions. Naturally Hawking had attended and had followed the arguments closely. He stood up slowly, clutching his stick. The room fell silent.
“The quantity you’re talking about diverges,” he said.
Subdued murmurs passed around the audience. The gathered scientists saw immediately that, if Hawking’s assertion were correct, Hoyle’s latest offering would be shown to be false.
“Of course it doesn’t diverge,” Hoyle replied.
“It does,” came Hawking’s defiant reply.
Hoyle paused and surveyed the room for a moment. The audience was absolutely silent. “How do you know?” he snapped.
“Because I worked it out,” Hawking said slowly.
An embarrassed laugh passed through the room. This was the last thing Hoyle wanted to hear. He was furious with the young upstart. But any enmity between the two men was short lived—Hawking had demonstrated himself to be too good a physicist for that. But Hoyle considered Hawking’s action to be unethical and told him so. In return, Hawking and others pointed out that Hoyle had been unethical in announcing results that had not been verified. The only innocent party, who no doubt had to bear the full brunt of Hoyle’s anger, was the middleman, Narlikar...."

(‘STEPHEN HAWKING: A Life in Science’ by Michael White and John Gribbin) 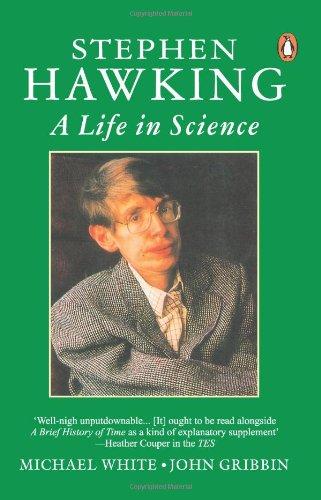 Posted by Aniruddha G. Kulkarni at 1:05 PM No comments: Links to this post