Take a Voveran, They are Only Forty Bucks!

“Prices of commonly-used medicines have gone up by nearly 10% every year for the last 10 years. This is much more than the country's inflation rate and higher than annual increase in income of the common man. ….”

What is India’s current inflation rate?

According to Business Line November 12, 2007: For September 2007, Wholesale Price Index-based inflation was 3.39% while consumer price index for urban non-manual employees was 5.74%

Times of India also reported on October 26, 2007:
“Painkillers overtake cough syrups: When diabetes and hypertension are increasingly becoming part of our lifestyle, it seems aches and pains are bothering us the most. Painkiller drug Voveran has emerged as the top brand in the domestic pharmaceutical market with the largest sales, for the first seven months of 2007.

Sales of Voveran by Novartis, outstripped the traditional top rankers - cough and cold formulations, Phensydyl and Corex - with sales touching nearly Rs 75 crore for January-July this year, according to ORG….” 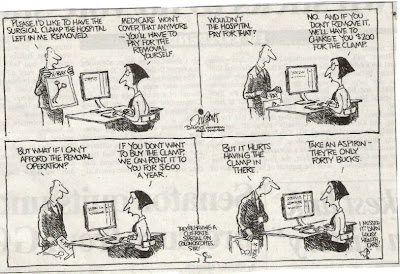 (click on the picture to get an enlarged view)
Posted by Aniruddha G. Kulkarni at 9:00 AM No comments: Links to this post