Who in hell uses oil, anyhow?

Some say America and Britain have meddled in Middle East only for oil.

If you read William Bowles’s review of William Engdahl’s “A Century of War – Anglo-American Oil Politics and the New World Order”, you tend to entirely agree with it.

“….The core of the book reveals the pivotal role played by the Wall Street/London financial axis that determined how the world of the 20th century developed, whether it was the competition between rival capitalist powers or the control of the vital resources needed to power the entire process. So for example, whenever it looked like there might some kind of challenge posed to the Anglo-American alliance such as that of Germany in the 1920s or Italy in the 1970s, ‘convenient’ assassinations of key players would occur, or ‘exposés’ that scuppered deals that would have endangered US/UK hegemony.
Throughout the 1920s and 1930s, the masters of the ‘Great Game’ as the rule of British Empire was so named, was dictated by oil and even though the by the post-WWII period, it was the de facto American Empire calling the shots, the alliance formed between the two remained solid, dictated by the seven great oil cartels and a handful of international banking corporations that between them were to control events including the inevitable slide into yet another war, again determined by oil, without which modern industrial capitalism was nothing.
Fast forward a century and we find a world almost entirely shaped by that imperialist vision…”

But this interference seems to predate the Otto Cycle

Read Robert Kagan’s review of Michael B. Oren’s book “Power, Faith, and Fantasy: America in the Middle East: 1776 to the Present”
“..Today, the conventional view is that George W. Bush took the United States on a radical departure when he declared a policy to transform the Middle East and that, as soon as he leaves office, U.S. policy will return to an alleged tradition of realism, rooted in the hard-headed pursuit of tangible national interests. This is both bad history and bad prophecy, as Oren shows in Power, Faith, and Fantasy, a series of fascinating and beautifully written stories about individual Americans over the past four centuries and their contact with Middle Eastern cultures………. U.S. backing for the establishment of Israel was rooted in religious convictions going back more than four centuries… …..Despite all the crises of the past years, including the present war in Iraq, Oren predicts that the United States will continue "to pursue the traditional patterns of its Middle East involvement." Policymakers "will press on with their civic mission as mediators and liberators in the area and strive for a pax Americana." American "churches and evangelist groups will still seek to save the region spiritually." And Americans will regard the region as both "mysterious" and "menacing," as they have for centuries, and will seek to transform it in their own image. Many today may want to disagree, but they will have to wrestle first with the long history of American behavior that Oren has so luminously portrayed. “

Therefore, America was always in their neighbourhood even when Arab Sheikhs asked “Who in hell uses oil, anyhow?” 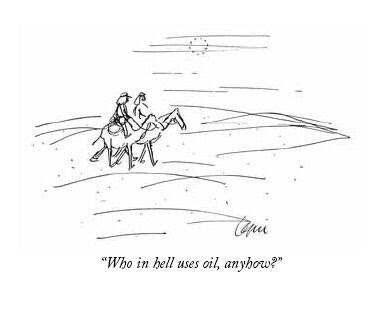 Filth, Noise & Stench in our cities

Our cities are dirty. They were dirtier. Some times nostalgia does not let us remember the dirt of the past accurately.

I remember how dirty Miraj and Kolhapur used to get.

Lack of adequate public toilets, insensitivity to personal hygiene and plain laziness has forced Indian people, particularly children, to defecate at the roadside. Monsoon used to wash all that was deposited at the side to bring it to the middle of the road. One could barely walk there. And many areas used to stink.

Until 1970’s, we also had toilets from where night soil was removed and carried manually in handcarts. We used to call those carts “battle tanks” because people used to change their course after sighting them or on hearing their rattle.

Miraj and Kolhapur, the towns I knew well, had plenty of filth and stench but not much noise. Pune the city I live today has perhaps less filth and stench but it more than makes up by creating cacophonic noise. All the days of Ganpati and Diwali festival have ear bursting noise.

How did London fare on FNS?

For earlier centuries, Emily Cockayne has recently written a book “Hubbub: Filth, Noise & Stench in England”:
“…for the citizens of London, Oxford, Bath and Manchester in the 17th and 18th centuries, life was not merely nasty, brutish and short. It was ugly, itchy, mouldy, noisy, grotty and dirty…….. Viewed in one light, 17th and 18th-century cities were libertarian paradises: economically vibrant, but with a quality of life tending towards the lowest common denominator.” 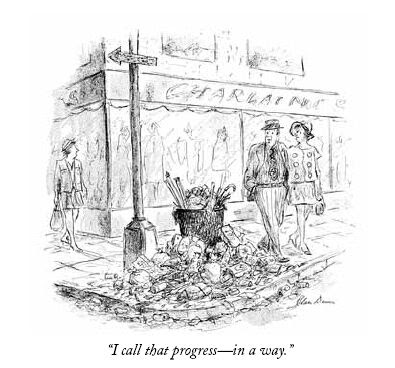 Are Pigeons Rats with Wings or Man’s Second Best Friend?

During my childhood at Miraj, I saw pigeon only in a stock picture of Jawaharlal Nehru freeing it. Nehru all smiles, bird little scared, happy to be in the air instead of human hands.

I really got to see them only when I spent some time with my aunt, Kumud-mavashi, at Girgaum, Mumbai when I was already 23. At Girgaum they were everywhere like cockroaches. There was only one difference between the two. I did not see cockroaches making love.

For me, Mumbai was truly a sensuous city full of beautiful girls and women. So was perhaps the case for pigeons. But I was not as lucky as them. I felt little jealous of them.

I left Mumbai and forgot all about pigeons, as they never visited me at Nashik, Assam, Calcutta and Bangalore. When I came to stay at Pune in 1999, they were present in all their glory: eating, making love, nesting and generally dirtying the place.

Once we allowed them to breed just outside one of our windows. The place stank for a long time. Next time when they laid their eggs there, I pushed them over. The place I stay today has no pigeons in its vicinity. And guess what, no one from my family is complaining.

Sorry I have not been to develop any respect for these creatures.

NYT June 26, 2006 has an essay “Pigeon English” by ANDREW D. BLECHMAN.
“…Humans have had a particularly long and proud association with the rock dove. Pigeons brought news of the first Olympics in 776 B.C. and some 2,500 years later, of Napoleon's defeat at Waterloo. Charles Darwin (himself a fancier) relied on them to prove his theory of evolution; Julius Reuter built his mighty news empire literally on their backs; and perhaps most important, pigeons saved thousands of Allied soldiers during the two world wars. Keep in mind that a modern racing pigeon can fly 60 miles per hour without stopping for 600 miles and find its loft from a place it has never been before, and that the House of Windsor has proudly raced pigeons for more than a century.
And yet, in a matter of decades, one of the world's most venerated creatures and one of nature's most phenomenal athletes has been reduced to the status of vermin by governments on both sides of the Atlantic. The peaceful co-existence of man and pigeon has deteriorated into a war of attrition.
The bird's crime? Its gregarious nature. Pigeons are simply attracted to people as well as the company of other pigeons. Unfortunately, their unsightly and unhygienic droppings rapidly accumulate. But we really have only ourselves to blame: pigeons subsist on the food we drop. ….
One thing alone leads to an overpopulation of pigeons: overfeeding. Pigeons breed only when food is available. When food is overly bountiful, as was the case at Trafalgar Square for many years, pigeons will mate as often as possible — up to six times a year. When food is scarce, mating drops drastically as the flock anxiously forages for food……
Although some view pigeons as "rats with wings," we should keep in mind that they also bring joy to millions who appreciate how they animate our cities. After all, it's not Lord Nelson's column that attracts flocks of tourists from around the world to Trafalgar Square; it's the birds.” 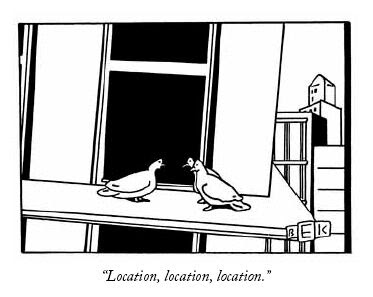