Like on Internet, in Spacecraft, Nobody knows you're a Dog

I knew (and still do) so much about Apollo 11, other American space missions and NASA. And I know so little about Soviet Yuri Gagarin. (And they say India sided with Soviet Union in the Cold War. Also, I was fired by the passion of communism until I turned 23 or so!)

"...Strangely, the first man to ascend into the cosmos was a skilled pilot forbidden to use his skills. The controls of Vostok I were locked; the capsule was maneuvered entirely from the ground. As Gagarin himself put it, “I’m not sure if I was the first man in space or the last dog.”..."

Following, of course, is an iconic cartoon of our age. Read more about it here. 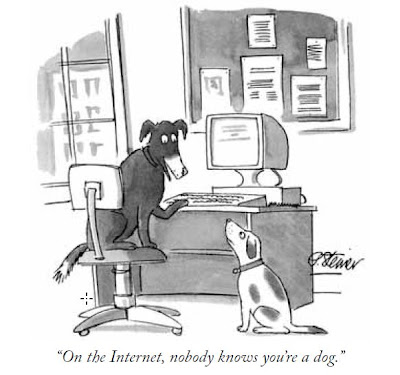