Today August 29 2017 is first death anniversary of Gene Wilder, a screenplay writer and hero  of 'Young Frankenstein', 1974, one of the greatest screen comedies ever.

Paraphrasing the Mr. Wilder, any time I watch Mel Brooks' movie, I take a deep breath of heaven!

"...We never improvised dialogue on the set. Physical actions, yes, but not dialogue. One day we were filming the scene of Madeline Kahn’s arrival at the Frankenstein castle. She was wearing a fox stole and a big turban on her head. The scene seemed flat to all of us. After we tried several things, Mel suddenly said, “Marty! When Gene says, ‘Eyegore, help me with these bags,’ you say, ‘Soitanly—you take da blonde, I’ll take da one in da toiben.’ ”

We all laughed and started the scene again, on film. I said my line, Marty said his, and then Marty—in one of his impulsive inspirations—took a huge bite out of the tail of the fox fur that Madeline was wearing around her neck, but the tail came off in his mouth. We all had to go on playing the rest of the scene while we looked at Marty with a tail in his mouth. Out of such lunacy great comedy is born.
When we were filming the Transylvania Station scene, in which “Eyegore” leads me off of the platform to the hay wagon, Mel suddenly said, “Marty, bend over as you walk away with your little cane and tell Gene, ‘Walk this way.’ ”

“What does that mean?” I asked.

We did the scene. Everyone laughed, but I still didn’t know what it meant. After we finished the scene, Mel said, “Man walks into a drugstore and says to the pharmacist, ‘I got terrible hemorrhoids—have you got some talcum powder?’ Pharmacist says, ‘Yes sir—walk this way.’ Man says, ‘If I could walk that way, I wouldn’t need the talcum powder.’ ”

I hate to think what might have happened if we had been forced to make the film at Columbia. As it turned out, Alan Ladd, Jr., asked Mel and me to sign five-year contracts at Fox.

I’m always lonely when I’m on my own—a leftover I think from the Demon, who always struck when I was alone—but towards the end of filming I realized that I was going to be lonelier when I returned to my home and family. On the last day of filming, during our lunch hour, I was sitting in the Frankenstein bedroom set, staring at the fake fireplace. Mel wandered in and saw me.
“What’s the matter? Why so sad?” he asked.
“I don’t want to leave Transylvania.”...” 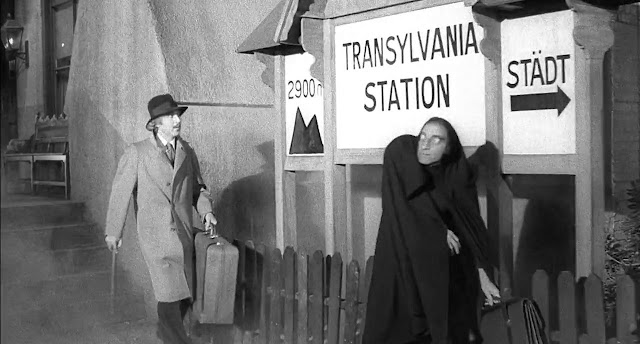 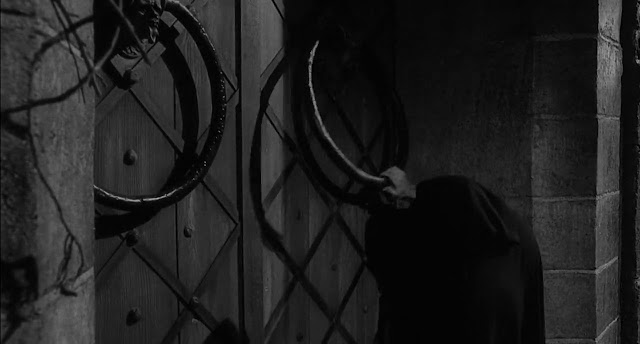 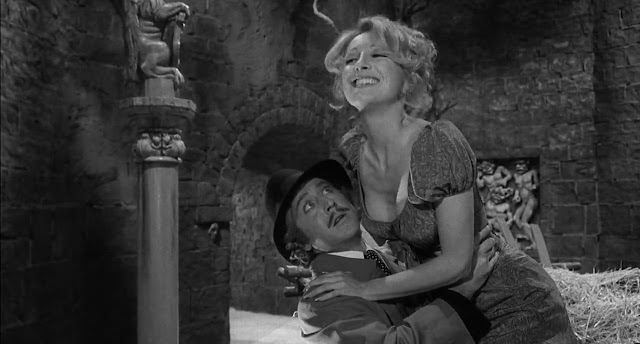 
Freddy admires the knockers on the castle door,  with Teri Garr as Inga!

30th Death Anniversary of Naji al-Ali, One of the Greatest Political Cartoonists


This blog has already paid tributes to Mr. Ali on July 26 2009 here and another brilliant artist Ali Farzat on September 3 2011 here. 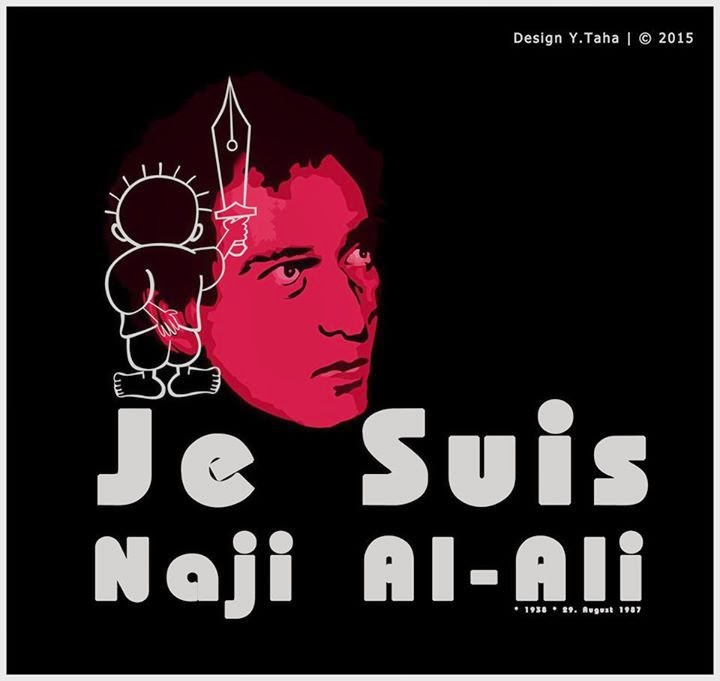 courtesy: FB page and Y. Taha
Posted by Aniruddha G. Kulkarni at 9:00 AM No comments:

Holly Brubach: “Bogart’s appeal was and remains completely adult — so adult that it’s hard to believe he was ever young. If men who take responsibility are hard to come by in films these days, it’s because they’re hard to come by, period, in an era when being a kid for life is the ultimate achievement, and “adult” as it pertains to film is just a euphemism for pornography.”


Christopher Luna: “Subway Art is a beautiful and important cultural document of a generation of artists who embodied the spirit of the city before it was Disneyfied.”
Isabel Berwick:”...”Infantilization aims at inducing puerility in adults and preserving what is childish in children trying to grow up, even as children are ’empowered’ to consume.” What we are losing is our maturity. Benjamin Barber highlights some of the ways this changes us. By preferring easy over hard, fast over slow, and simple over complex, we are turning our backs on the fluency and thoughtfulness of the fully formed adult citizen, who can take informed decisions rather than be dictated to by marketing.”

काल मी फेसबुक वॉल वर हे लिहल :
"the most ridiculous thing in this age is the greetings received from robots of banks, mutual funds etc. on festivals, birthdays, anniversaries etc....
I delete them without even opening them....one day their 'stupid' robot will inform them that he does not even open your emails
the second most ridiculous thing is adults referring to Ganpati not as Ganpati but Bappa (बाप्पा)...." 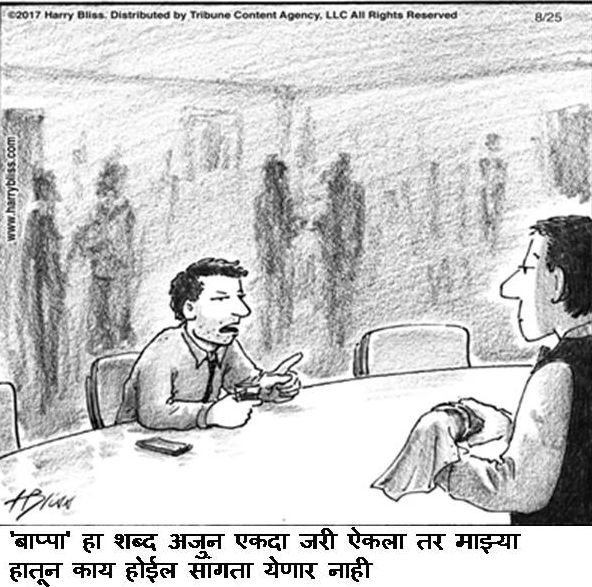 मूळचे कॅप्शन : "If I hear the word ‘mindfulness’ one more time, I swear I'm gonna lose it."

The late Vinda was a good writer and a better human. He had large heart, one of the largest I have known, among literati.

He has appeared on this blog a few times.

As I have said earlier, he was like his own depiction of Cārvāka/ Charvak (चार्वाक), in possibly his best book: ‘Ashtadarshane’(अष्टदर्शने), 2003.

In my words, Vinda was: 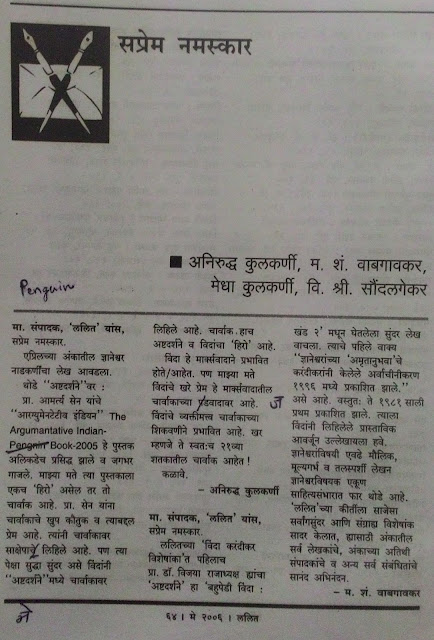 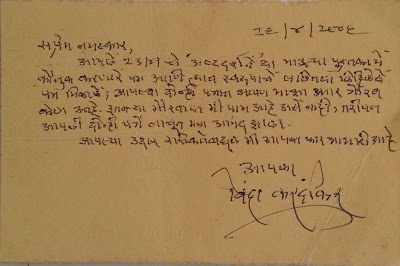 Posted by Aniruddha G. Kulkarni at 8:45 AM No comments: