One of my favourite shloka श्लोक from Ramayana रामायण is:

But this doesn't apply to the man and his mobile!

"A mobile phone lost at sea for four days washed up in perfect condition in Taiwan after drifting 37 km (23 miles) and was discovered by a park lifeguard who tracked down the shocked owner to return it, the finder said on Friday.

Yu Hsin-leh of Taipei lost the phone on July 24 while snorkeling near the Taiwan port city of Keelung, Taiwan's United Daily News reported..."

Look at the picture below.

It's s if Yu Hsin-leh's phone screamed- "Guess where I am!" and was found! 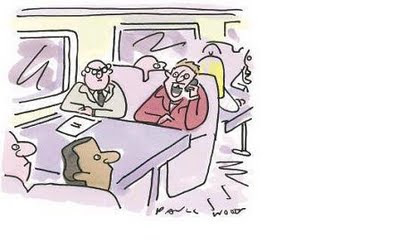 Artist: Paul Wood, Spectator
Posted by Aniruddha G. Kulkarni at 9:00 AM No comments: