Which statistics will Indian media celebrate next? I can never guess.

Currently they are celebrating figures at which cricketers were auctioned. My son is a cricket-stat nut. Sometimes he is a big nuisance around.

”…1.60 million Indians can’t resist the Facebook Phenomenon” and then went on to discuss exciting facebook lives of many so-called celebrities.

I don’t quite get it. Perhaps because I am still not on Facebook.

”… Facebook purports to be a place for human connectivity, but it’s made us more wary of real human confrontation...For young people, Facebook is yet another form of escapism; we can turn our lives into stage dramas and relationships into comedy routines…” (ALICE MATHIAS, NYT October 06, 2007). 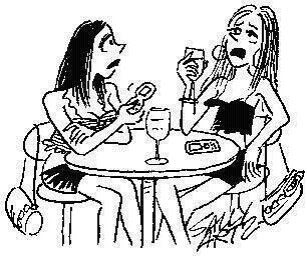 'We met on Facebook and split up on Bebo.'

The Spectator February 2008
Posted by Aniruddha G. Kulkarni at 9:00 AM No comments: Links to this post