For women have no pockets. Why? The question takes us into the murkier depths of the sex war as well as the arcana of sartorial history...

The record shows that the absence of pockets was a huge disadvantage to females and one reason why male superiority was so steadfastly maintained..."

I was taken aback when a few years ago my wife Anju asked me if I had ever noticed that heroines in Hindi films seldom wore footwear while singing a duet (song) outdoor.

Be it in on farms, in jungle, on rubble, in snow, through fire, on glass, in water, on boulder, in rain...

Since then I have always paid attention to the feet of dancing dames and found, to my horror, that Anju is almost always right.

Another thing we often notice- while watching Hindi film songs- is, even in severe cold, those Indian dames don't wear clothes covering their entire body while men wear suits and even headgear!

Notice, how, even in snow, Sharmila Tagore is walking barefoot while Rajendra Kumar is wearing nice shoes. Also, notice the difference in the kind of clothes they are wearing.

There is a line in the song: 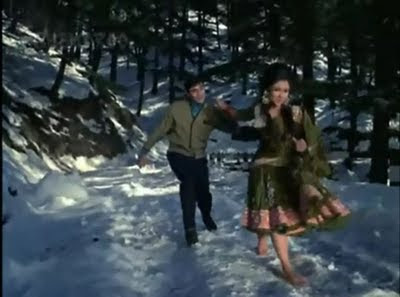 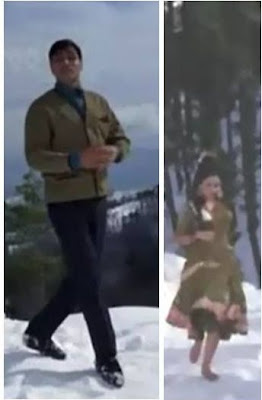 Surely Two Species: One from cold Mars, One from boiling Venus
Posted by Aniruddha G. Kulkarni at 9:00 AM No comments: