War surely brings the worst out of humans.

In Mahabharata, I read how it brought the worst out of Jayadratha, Ashwathhama Yudhishthira, Bheema, Satyaki …………… The list is long and perhaps includes all players.

And yet as children we seem to enjoy the real wars. I remember how I rejoiced India’s victories in its wars against Pakistan in 1965 and 1971. As I grew up, I learned to hate China and its people because India lost a war against China in 1962.

I was shaken out my romance of war when still in school I read this dedication in Erich Maria Remarque’s “All Quiet On The Western Front”:

“This book is to be neither an accusation nor a confession, and least of all an adventure, for death is not an adventure to those who stand face to face with it. It will try simply to tell of a generation of men who, even though they may have escaped shells, were destroyed by the war.”

Mahabharata is not about the victory of Pandavas against Kauravas but warning to humanity about annihilative nature of war. “Panipat 1761” by T S Shejwalkar is about how bloodily expansionism of Marathas ended and how badly “victorious” Afghan Abdali got hurt in the process. Reading “1812” by Adam Zamoyski made me hate Napoleon as much I hated Hitler.

NYT June 22,2007 has an article “The Bones We Carried” By LORI ANDREWS. ”……. When American G.I.’s returned from the Vietnam War, some tried to smuggle home the skulls of Vietcong and North Vietnamese soldiers. The graffiti-covered skulls served as ashtrays, candle holders and trophies. Six skulls were seized by the Customs Service. They remain in limbo, relegated to a drawer on the campus of the Walter Reed Army Medical Center in Washington........"

Can we teach our children to mourn wars? Can we teach them gory details of violence in war? Can we stop calling sports encounters, examinations and other competitive situations as battles or wars? 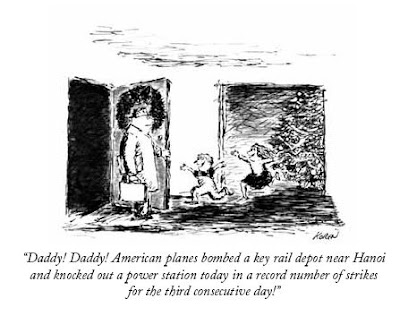